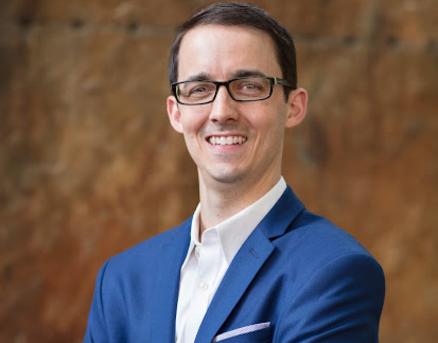 The Board of Directors of the Elmhurst Art Museum recently announced John McKinnon as its new executive director. McKinnon comes to the Elmhurst Art Museum with over ten years of curatorial and administrative experience at major art institutions. Currently the program director of the Society for Contemporary Art of the Art Institute of Chicago, McKinnon joins the museum on its 20th anniversary as it prepares to unveil the original façade of Mies van der Rohe’s McCormick House (1952). McKinnon will succeed Jenny Gibbs, who initiated the restoration of the Mies house and presented block-buster exhibitions such as Playboy Architecture: 1952-1970 and Kings & Queens: Pinball, Imagists and Chicago. Gibbs is leaving Elmhurst to join the Sotheby's Institute of Art-New York as director of the Master of Arts in Art Business.

​“The Elmhurst Art Museum is building on the momentum of its recent growth and upcoming renovations. John has already shown great insight into the unique potential of the McCormick House, our contemporary programming, and education initiatives. He is poised to lead the organization to new levels of artistic excellence and service to our community," explained Joann Callahan, president of the Board.

“It is a privilege to be selected to lead the Elmhurst Art Museum at this defining moment,” said McKinnon. “It is a tremendous opportunity to work with the museum’s devoted staff and board to reveal new facets of the McCormick House—the true gem of the permanent collection. I look forward to sharing my deep appreciation for art and design with members of the community.”

As program director of the Society for Contemporary Art, McKinnon worked with donors and collectors to support contemporary art at the Art Institute of Chicago. He oversaw the independent nonprofit's budgets, operations, membership, programming, fundraising, marketing and art acquisitions. Under his leadership, the SCA’s membership and biennial benefit revenue grew to new levels, raising the annual income, profile and sights of the organization.

From 2007 to 2010, McKinnon was assistant curator of Modern and Contemporary Art at the Milwaukee Art Museum, where he oversaw exhibitions including Fifty Works for Fifty States: The Dorothy and Herbert Vogel Collection; Andy Warhol: The Last Decade; Act/React: Interactive Installation Art; and On Site: Santiago Cucullu. He was also the main liaison of that institution’s Contemporary Art Society, coordinating their programming and fundraisers.

​Jenny Gibbs, the departing executive director, will guest curate several upcoming projects and help fundraise for the museum’s McCormick House. She offered her support for John McKinnon as her successor, “I am so excited to see what changes John will bring to bear with his extensive contemporary art network," said Gibbs. "I know that I am leaving the Museum in capable hands."

​For more information about the museum and its programming, call 630.834.0202 or visit elmhurstartmuseum.org.