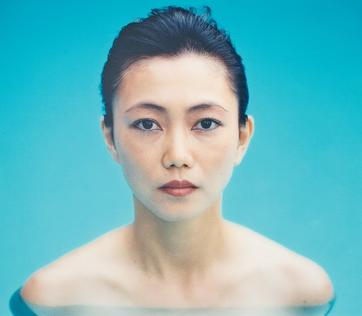 The Search for Humanity

Elmhurst Art Museum explores the humanity and the diversity of the human form in its newest exhibition this summer, which peers into Minneapolis' RBC Wealth Management Art Collection.

It’s not at all unusual for a prominent financial management firm to establish a distinguished collection of fine and contemporary art works. In fact, many wealth managers make it a practice of supporting the arts in just that way. It is unusual, however, for such an investment in the arts to take the form of a thematic compilation of works with a distinctly purposeful end like that of Minneapolis-based financial services group, RBC Wealth Management.

​On exhibit this summer at the Elmhurst Art Museum is The Human Touch: Selections from the RBC Wealth Management Art Collection, a national touring exhibition that proudly celebrates people, diversity and the spectrum of contemporary human experience. Boasting internationally renowned artists like Roy Lichtenstein, Kehinde Wiley and Chicago’s own Kerry James Marshall, the 40+ paintings, sculptures, drawings, prints and photographs comprising the exhibition were carefully selected from the more than 400 works that have been amassed by the well-known investment firm, and the common thread that neatly ties them all is that somewhere in each of them lies a vision of humanity. Different though they may be, each work in the collection, and therefore the exhibition itself, sheds light on another side of the over-arching human condition.

​RBC Wealth Management is interested in the human form, alluring, academically welcoming and sometimes poignant, these kinds of images and works often provide the sort of instant connection that makes some art so visceral for us. It’s that thread of humanity that ties us, really, and it’s through that thread that the collectors convey a real insight into people. Says, curator for The Human Touch Don McNeil, “RBC Wealth Management features the human figure in its art collection because we believe that this age-old need to understand the human condition is still vital and that the human form remains its most direct manifestation. The human figure makes the collection accessible yet thought-provoking, entertaining yet challenging, timeless yet relevant. It shows who we are and how we live."

RBC began collecting contemporary art in the early 1990s as a way to connect with and to reflect the society in which it lives and works. The collection began touring in 2005. Though works range in size and media, from serious to whimsical and from realistic to abstract, each work in the collection centers on the body as subject. From portraits to story-telling through pictures to more experimental means and angles, the artists represented evoke themes and ideas that are all too common to the human condition.

​The collection has two main focuses: (1) the human figure; and (2) the cultural identity represented by the images on display and the artists who created them. The title, The Human Touch: Selections from the RBC Wealth Management Collection, actually has dual significance in this case: the ability of the human figure to reflect the human condition and that of the artists to depict it. It conveys not only the depth and breadth of styles within the collection itself but also the wide ranging media used in the creation of the artworks themselves.

Touring the US since 2014, the exhibition makes its way to the Chicago area via Elmhurst Art Museum, a notable proponent of the diversity found within the scope of human experience. In recent years its roster of artists on display has demonstrated a wide span of diverse opinions, styles and origins, making The Human Touch a perfect fit for the range of the museum’s programming.

​Of course, the composition of the exhibition has evolved since its launch as new artworks have been added to the collection. But more than half of the artworks in the exhibit’s Chicago area iteration have been in all 20 past shows.

McNeill points out that one of the primary themes viewers will discover in this exhibition is the importance of identity and how it relates to history. Many of the artists represented explore their own pasts in their work, looking to discover—and also reveal—their own distinctiveness and their origins. Others explore just how they and their own cultures engage with contemporary society.

​For example, identity is a chief focus for a series of photographs represented by the artwork of Dawoud Bey in the exhibition, McNeill notes that, “the artist worked in collaboration with his subjects by allowing them to choose what they wore, how they posed and who they were grouped with. As a result, he gave back to his subjects the ability to control how they were represented as opposed to the historic inability of African Americans to control their identity.”

Ironically, the subjects portrayed in Kelli Connell’s series of photographs, Double Life, look entirely believable but have never actually occurred.  “A single model plays multiple roles in each photo. Connell’s intentions are two-fold: on the one hand, she is questioning sexuality and gender roles; on the other, she is interested in how viewers' responses reveal their own ideas of identity and social constructs.

Like these, each work in the exhibition attempts to peel back the layers of our existence, in some sense, to reveal a distinct vision of our humanity, making the exhibition an intriguing mirror with which to engage aesthetically and philosophically.

​To encourage further audience engagement, Elmhurst Art Museum will host a series of artist-led portraiture workshops throughout the summer, inviting guests to explore the genre in different mediums. Printmaker and photographer Benjamin Calvert will lead an introductory workshop on photographic portraiture at 1:30 p.m. on Saturday, July 1.

On the face of it, The Human Touch represents an impressive collection of works from artists at all stages of their careers, from all backgrounds, with a truly diverse slate of perspectives. The cohesion that holds together such a disparate compilation of works is the search for a real look at humanity within each and the interest that pursuit holds in all of us.

​The Human Touch: Selections from the RBC Wealth Management Art Collection will be on view at The Elmhurst Art Museum through August 27, 2017.