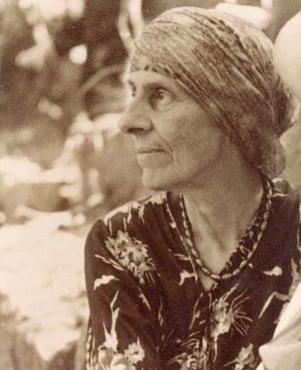 To say that architect Marion Mahony Griffin was a pioneer in her field is a bit of an understatement. Terms like “force of nature” or “trailblazer” are more fitting to describe a woman—the first registered architect in the state of Illinois and the second woman to earn an architecture degree from MIT—who stood shoulder-to-shoulder with her male peers in the vaunted Prairie School of Architecture led by the inimitable Frank Lloyd Wright.

Though Wright and her husband, Walter Burley Griffin, may be more familiar to those who know about American architecture, it is the often unheralded design work by Marion that became the distinct hallmark of the Prairie School through detailed renderings of such masterpieces as Unity Temple in Oak Park and the Plan for Canberra in Australia. Mahony Griffin was one of Wright’s first employees in the legendary Oak Park studio, and she proved to be ahead of her time in her ideas and innovative drawing style that integrated the natural environment into the design process.

For many years, Marion Mahony Griffin’s story went untold as the spotlight shone on men like Louis Sullivan, Wright, and others. Her story is now being brought to light with anew exhibit presented by the Elmhurst History Museum entitled In Her Own Right: Marion Mahony Griffin. The exhibit will be open from October 7, 2016 through March 12, 2017 and brings Mahony Griffin’s own story out of the shadows as a brilliant architect, talented artist, avid environmentalist, and social activist. In Her Own Right traces Mahony Griffin’s early life, her personal and professional partnership with her husband on three continents, her final years in Chicago where she died penniless and in relative obscurity—and considers the legacy of a Chicagoan of immense, but often overlooked, importance.

​The Griffins are perhaps better known in Australia than they are in the U.S. due to the years they spent there working on the elaborate Plan for Canberra—an impressive international contest-winning design created for the country’s capital city—and the town of Castlecrag, an idyllic community near Sydney that assimilated architecture into the natural landscape. So it’s fitting that the Elmhurst History Museum turned to Dr. Anna Rubbo, PhD—an Australian native and an adjunct senior scholar at the Center for Sustainable Urban Development at Columbia University and a former associate professor of Architecture, Design and Planning at the University of Sydney—for development of the exhibit content. Rubbo has researched, published and lectured extensively on Marion Mahony Griffin—a woman she feels has not been given the credit she deserves in architecture history.

Says Lance Tawzer, Elmhurst History Museum’s curator of exhibits, “Anna Rubbo brings a special perspective to this story as a scholar, an architect and an Australian, and she was very enthusiastic about partnering with us on this project. We were drawn to doing this exhibit because it seemed unfair that Marion’s story had not yet been told without being put in a box with Walter Burley Griffin and Frank Lloyd Wright. When we started to pursue this story a few years ago, it was because of Walter’s relationship to Elmhurst where his parent’s lived and he designed three homes and the Elmhurst Golf Club’s clubhouse. But as we dug further, we realized the unique story here was Marion’s and we felt it was time to give her the accolades she deserves. With Anna Rubbo’s scholarship and research, I believe we are able to tell a compelling story that people need to know more about.”

In the exhibit, Rubbo tells Marion’s story through a number of themes including early childhood life and influences, her years at MIT, her early professional career in Wright’s Oak Park studio, her personal and professional partnership with Walter, their years abroad in Australia and India, and her return to the U.S. and late career. The exhibit showcases her extraordinary life through a number of loaned photos and materials including: two of Mahony Griffin’s “Forest Portraits” (private collector); illustrations from the Mary and Leigh Block Museum in Evanston; and a model of Mahony Griffin’s first major commission, All Soul’s Church in Evanston, loaned by Griffin scholar Paul Kruty.

A number of ancillary programs that delve further into Mahony Griffin’s incalculable contribution will be offered by the museum this fall. Reservations for all of these programs are required, and can be made by emailing ehmprograms@elmhurst.org or online at elmhursthistory.org. Additional programs will be added throughout the exhibit’s run into March of 2017.