Ensemble Español Spanish Dance Theater will make its return to the Auditorium Theatre of Roosevelt University on Friday, October 6, with a new program that brilliantly blends flamenco, classical, contemporary and traditional forms of dance. The company opens the Auditorium Theatre's 2017-18 "Made in Chicago" Dance Series.

"As the Theatre for the People, we aim to highlight cultural traditions from around the world while also presenting the best artistic companies from Chicago," says Tania Castroverde Moskalenko, Auditorium Theatre CEO. "Ensemble Español ties the Chicago dance community to the traditions of Spain, and we are thrilled to have them return to our historic stage."

"We are honored and excited to return to the Auditorium Theatre," says Jorge Perez, executive director of Ensemble Español. "The Ensemble is truly grateful for this opportunity to celebrate Chicago's diverse dance culture via the 'Made in Chicago' Dance Series. Just like our city, our dancers reflect a mosaic of world cultures, all in the name of presenting traditional and contemporary forms of Spanish dance and music. ¡Ole!"

In addition to the evening performance, Ensemble Español performs as part of the Auditorium Theatre's Student Matinee Series at 11 a.m. on October 6. The educational program, Tales of Spain, allows K-12 students to experience the traditions of Spanish dance and music, from classical dances to folklore to flamenco.

Ensemble Español Spanish Dance Theater celebrated its 40th anniversary in 2016. Under the leadership of company founder Dame Libby Komaiko, artistic director Irma Suarez Ruiz, and executive director Jorge Perez, the company is internationally recognized for its promotion of Spanish dance culture in all forms. In 1982, Komaiko became the first American artist in history to be awarded the "Lazo de Dama" (Ribbon of the Dame) by His Majesty Don Juan Carlos I, King of Spain, for her artistic, cultural, and educational work throughout the United States. President Barack Obama congratulated the company in 2011 for their work in presenting Spanish dance culture to communities in Chicago and around the world. Ensemble Español has been in residence at Northeastern Illinois University since 1976.

For more information about the upcoming performance or for tickets, visit auditoriumtheatre.org. 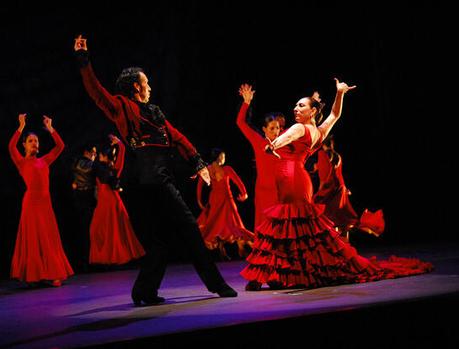