Mayor Rahm Emanuel and The Chicago Department of Cultural Affairs and Special Events (DCASE) will honor four Chicago artists and institutions for their contributions to the city’s cultural landscape at the 4th annual Fifth Star Honors presented by Allstate Insurance Company this summer. The 2017 honorees for this year’s awards are hip hop artist and actor Common, celebrated architect Jeanne Gang, artist Kerry James Marshall and legendary Steppenwolf Theatre Company. The free-admission show and concert will be at 7 p.m. on Monday, August 28 at Millennium Park’s Jay Pritzker Pavilion.

“I am proud to honor these organizations and artists, who bring Chicago to the rest of the world and the world to Chicago,” said Mayor Emanuel. “Their work has changed and enhanced our city, and they have inspired and mentored new generations of artists who call Chicago home.”

The event will feature live performances and tributes recognizing this year’s honorees and their artistic work. The evening’s program will be announced at a later date. Last year, celebrity presenters included Cindy Crawford, and performers included Guy King and Shemekia Copeland.

“The Fifth Star Honors recognize the significant influence that these four honorees have had on Chicago’s magnificent art scene but also the world’s,” said Mark Kelly, Commissioner of DCASE. “Our honorees share one thing in common: they have brought beauty and enlightenment to the world while representing a city that respects and values the magic they have created.”

​The City of Chicago will also honor outstanding youth with The Rising Star Honor Roll – a recognition program for students who show creative leadership, passion and exceptional skill in the arts. The Rising Star Honor Roll inductees will be announced later this summer, and an awards ceremony will be held in their honor at the Chicago Cultural Center in advance of the Fifth Star Honors show and concert in Millennium Park. DCASE is currently working with arts organizations to identify the Rising Stars for 2017. The honor celebrates the creative spirit of the next generation as an essential part of Chicago’s cultural life. 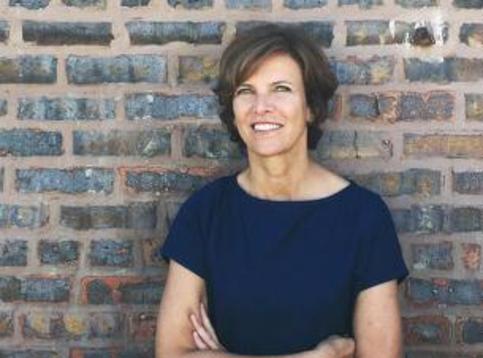 Acclaimed architect, Jeanne Gang will be one of four honorees at the 2017 Fifth Star Awards (photo courtesy of Ms. Gang).