From the Edgy to the Familiar, Firebrand Theatre's Inaugural Season a Bastion of Female-Driven Fireworks 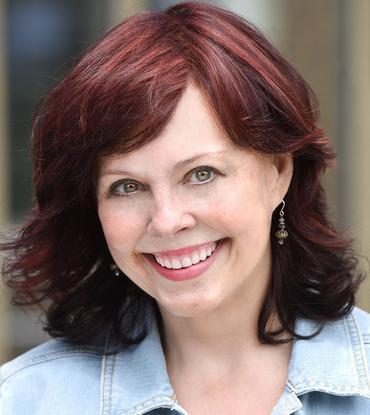 Vicky Bussert will direct Firebrand Theatre's inaugural production in the 2017-2018 season, Lizzie, a rock musical based on the true-life story of accused axe-murderess Lizzie Borden (photo courtesy of FIrebrand Theatre).

Firebrand Theatre, a new Chicago-based musical theater company whose mission is to employ and empower women by expanding opportunities on and off the stage, has announced its inaugural season, featuring two fully-produced musicals. Firebrand’s 2017-18 season kicks off this fall with the Chicago premiere of Lizzie, a rock musical based on the true-life story of accused axe-murderess Lizzie Borden. Directed by Victoria Bussert with music direction by Andra Velis-Simon, Lizzie features music and lyrics by Steven Cheslik-deMayer, Alan Stevens Hewitt and Tim Maner and book by Tim Maner.

The season concludes in spring 2018 with the musical comedy 9 TO 5 The Musical, based on the hit movie of the same name about three working women fighting for equality in a sexist workplace. With music and lyrics by Grammy Award-winner Dolly Parton and a book by Patricia Resnick, 9 TO 5 The Musical will be directed by Firebrand’s artistic director, Harmony France with music direction by Andra Velis-Simon. The cast includes Sharriese Hamilton as Doralee, the role originated by Dolly Parton in the 1980 film.

Firebrand has also announced its season kick-off benefit: Nothin’ Like a Dame: A Celebration of Women in Musical Theatre. The benefit takes place on Monday, February 27, 2017 at 7 p.m at The Mercury Theatre, 3745 N. Southport Ave. in Chicago. Twenty-eight of Chicago’s fiercest divas will take the stage for one-night-only to honor female composers and lyricists, pay tribute to iconic female roles and give audiences a sneak preview of Firebrand’s upcoming inaugural season.

Tickets for Nothin’ Like a Dame: A Celebration of Women in Musical Theatre, priced at $40 (regular admission) and $75 (VIP – premium seats, 2 drink tickets, gift), are currently available at firebrandtheatre.org.