lamenco masters return to Instituto Cervantes of Chicago (31 W. Ohio Steet) for its 16th Chicago Flamenco Festival, a multi-week celebration of Flamenco music and dance, running February 23 – March 21. This year’s festival features performances by top Chicago- and U.S.-based masters of the art form, offering the most important international event of its kind outside of Spain.

During the festival, Instituto Cervantes of Chicago will also give the Chicago premiere of three flamenco-inspired films starting with the award-winning documentary from anthropologist Miguel Ángel Rosales, Gurumbé: Afro-Andalusian Memories. The film explores the contribution of Afro-Andalusians to flamenco as the art form developed in a screening on Wednesday, February 28 at 6:00 p.m. The documentary Tocaoras will explore the past, present and future of Flamenco on Wednesday, March 7 at 6:00 p.m., and screening on Wednesday, March 14 at 6:00 p.m. is No, un cuento flamenco (NO, A Flamenco Tale) about a fictional musical film, an urban, contemporary flamenco opera in which the action is expressed through dance and the original text is narrated through song. 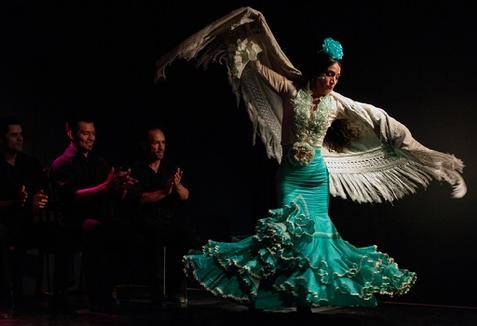