The Frank Lloyd Wright Trust will mark the 150th anniversary of Frank Lloyd Wright’s birth on June 8, 1867 when it launches its 2017 summer schedule celebrating the legacy of the innovative architect who set the pace for modern architecture and design.

Chicago is where Wright spent the first 20 years of his career during a time when he was at his most prolific. The Chicago area boasts more Frank Lloyd Wright buildings than anywhere in the world.

Wright’s story is rich with the influences that sparked his imagination and shaped his completely original talent. He was a pioneer of many concepts that continue to apply to modern living in the 21st century, such as integrating architecture and interior design, combining architecture with the natural environment and incorporating an open interior floor plan in home design.

Frank Lloyd Wright was born in Spring Green, Wis. He began his career in 1887 in Chicago as an apprentice and later became a key assistant in Louis Sullivan’s studio. After five years with Adler and Sullivan, Wright opened his own business and quickly built a successful practice, in demand for his distinctive, ground-hugging homes inspired by the flat Midwestern landscape. This vision for a new American architecture eventually became known as the Prairie style.

Highlights from the 150th anniversary celebration of Wright’s birth include: 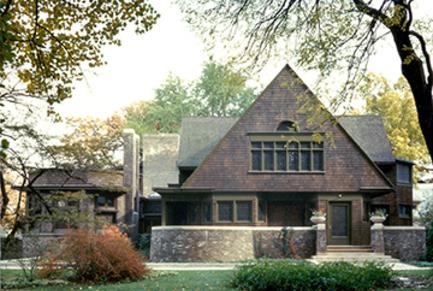