Emerson and Whitman: The Poets Who Inspired Wright will combine readings of poetry by Walt Whitman and Ralph Waldo Emerson, whose philosophies had a profound influence on Frank Lloyd Wright's architectural practice.

Scholar Karen Karbiener will describe how a religious and philosophical movement  which emphasized individualism and self-realization permeated American art, architecture and literature in the 19th century. These concepts guided Wright in the design of Unity Temple for Oak Park’s Unitarian congregation.

An expert on 19th century American literature and culture, Karbiener has written and lectured extensively on Walt Whitman's life and writings. She teaches at New York University and Columbia University and received the John H. Kluge Fellowship at the Library of Congress, a Fulbright grant and a Huntington Library Fellowship.

The event launches an eclectic mix of public events scheduled for Thursday nights this fall at Unity Temple, including Concerts in Context, a music series and Emerging Chicago Artists series, a collaboration between writers and musicians. 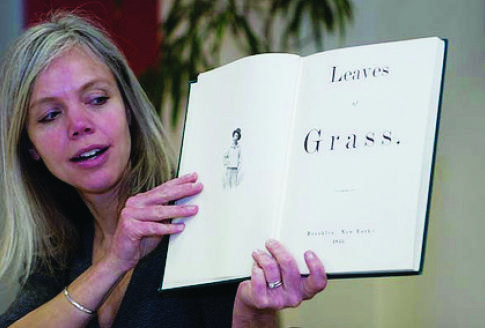