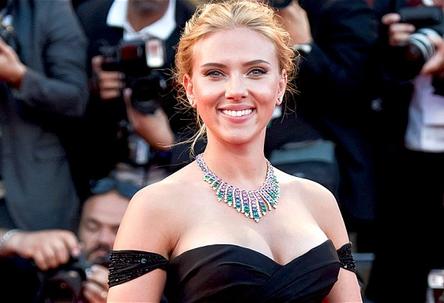 The Gene Siskel Film Center (GSFC) of the School of the Art Institute of Chicago (SAIC) will celebrate one of Hollywood’s most celebrated young actresses when it pays tribute to Tony and BAFTA winner and four-time Golden Globe nominee Scarlett Johansson, Saturday, June 11, 2016, at The Ritz-Carlton Chicago (160 E. Pearson St.).

“Celebrate Scarlett” will pay tribute to Johansson’s accomplishments as an actor as well as give attendees the opportunity to hear an intimate conversation providing insights into her creative process and influences, favorite roles, upcoming projects and more. A retrospective of film clips from some of her most memorable performances will accompany the conversation highlighting Johansson’s illustrious career. The evening will culminate with the presentation of the Gene Siskel Film Center Renaissance Award to Johansson by SAIC President Dr. Walter E. Massey and GSFC Advisory Board Chair Ellen Sandor.

“Scarlett Johansson has created some of the most memorable roles of our generation,” said GSFC Executive Director Jean de St. Aubin. “Her diverse body of work speaks to how versatile and multifaceted she is, and the way she has stretched herself in all genres of acting, both on the screen and the stage, shows the depth of her talent. The GSFC was honored to host advanced screenings of two of Johansson’s most memorable performances, “Girl with a Pearl Earring” and “Lost in Translation,” and we are honored to celebrate her with this special award."

Each year, the GSFC celebrates the art of film by honoring a filmmaker who advances the art of cinema. Past Renaissance Award honorees have included some of the most respected actors and directors working in the film industry today, including Mark Ruffalo, Morgan Freeman, Gwyneth Paltrow, Reese Witherspoon, Jamie Foxx, Robert Downey Jr., George Lucas and a host more.

The benefit is co-chaired by longstanding GSFC supporters and Advisory Board members Marlene Iglitzen and Ellen Kollar. The chair of the GSFC Advisory Board is Ellen Sandor. All proceeds support the Gene Siskel Film Center’s curated film programming as well as lecture series and discussions with visiting scholars and filmmakers.

For more information about the benefit or for tickets, call (312) 846-2072 .Visit www.siskelfilmcenter.org to learn more about GSFC programming.