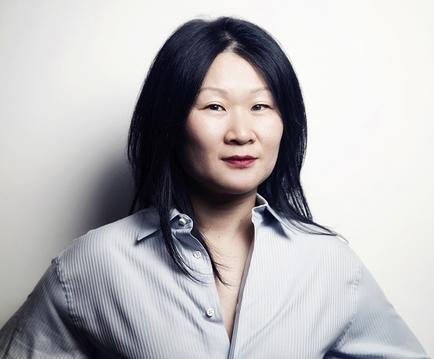 The Lucas Museum of Narrative Art recently announced the appointment of Judy Kim as its first deputy director. Kim joins the museum with more than 20 years of experience in museum management, including collections, exhibition and institutional development.

As part of the initial leadership team, Kim will be responsible for a significant scope of early stage planning and strategic management, to ensure the Lucas Museum’s successful development, construction, staffing, launch and ongoing operations. Kim will also be involved in recruiting and hiring the team that will advance the ongoing development and programming of the museum.

Said founding president Don Bacigalupi, “Judy’s knowledge, skills and considerable experience are unparalleled assets. She has been a key player in the development of a major institution with her work at the Guggenheim project. Her keen insight and perspective will help guide our institution during these formative times as well as into the future.”Most recently, Kim served as Director of Affiliates and Abu Dhabi Project Operations for the Solomon R. Guggenheim Foundation, New York. Kim led strategic thinking for the planned museum in the United Arab Emirates.

Prior to working at the Guggenheim, Kim served as head of exhibitions at the Brooklyn Museum. In that role, she managed all museum exhibitions as well as developed future projects and served as in-house curator for major incoming exhibitions.

“I am delighted and look forward to working with Don Bacigalupi and the team that will establish the Lucas Museum of Narrative Art as a thought leader in the presentation and exploration of narrative art,” said Kim. “I’m excited for the challenges and opportunities ahead as we build the institution, develop the collection, devise an educational program and hire staff.”

She earned her bachelor’s degree in art history from the University of North Carolina, Chapel Hill, and her master’s degree at the Center for Curatorial Studies in Contemporary Art and Culture at Bard College, where she was a CCS fellow. She has also studied at the Getty Leadership Institute, The Museum Leadership Institute.