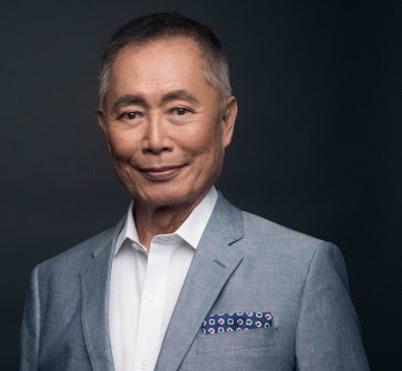 Alphawood Gallery to Present Actor/Activist George Takei in Compelling First-Hand Account of His Own Experiences in U.S. Japanese Incarceration Camps

Actor George Takei will present his own account of experiences in U.S. Japanese incarceration camps in "An Evening with George Takei" at Athenaeum Theatre on September 7, 2017 (photo courtesy of Alphawood Gallery in Chicago.

In conjunction with its first original exhibition, Then They Came for Me: Incarceration of Japanese Americans during WWII and the Demise of Civil Liberties, Alphawood Gallery will present An Evening with George Takei at the Athenaeum Theatre (2936 N. Southport Avenue, Chicago), 7 p.m. on Thursday, September 7, a one-night-only presentation in which actor and social justice activist George Takei shares the story of his Japanese American family’s forced imprisonment during World War II.

When he was incarcerated as a child with his family, Takei lived the story told by Then They Came for Me, which examines a difficult and painful episode in the history of the United States when the federal government forcibly removed and imprisoned thousands of American citizens without due process simply for being born Japanese American.

“George Takei is a role model who speaks to the very audiences we hope to reach withThen They Came for Me,” said Jim McDonough, Alphawood Foundation Executive Director. “His personal story of his incarceration and his lifelong commitment to social justice and LGBT rights make him a powerful messenger. We know that he will inspire our Chicago audience and remind us all how important it is to never forget the injustice of the incarceration of Americans simply because of their race.”

With a career spanning five decades, Takei is known around the world for his founding role in the acclaimed television series Star Trek, in which he played Hikaru Sulu, helmsman of the Starship Enterprise. But Takei’s story goes where few stories have gone before. With an uncanny eloquence and signature wit, Takei shares his poignant tale: a childhood spent with his family wrongfully imprisoned in a Japanese American incarceration camp during WWII; his rise to celebrity as a sci-fi icon; his remarkable journey as social media mega-power; and his passionate fight for LGBTQ rights and marriage equality in America—empowering others to beat the odds and make a difference.

​In 2015, Takei made his Broadway debut in the premiere of his first musical, Allegiance, with music and lyrics by Jay Kuo and a book by Kuo, Lorenzo Thione and Marc Acito. Inspired by Takei’s true-life experience, Allegiance follows one family’s extraordinary journey in an untold American story of forgiveness, joy, and the redemptive power of love. The evening will include brief selections from the musical, performed by Chicago actors and arranged by Robert Ollis, music director of Pride Films & Plays.

In May 2017, Takei returned to the New York stage to star in a revival of Stephen Sondheim’s Pacific Overtures, directed by John Doyle at Classic Stage Company.

Alphawood Gallery has partnered with Chicago’s Japanese American Service Committee (JASC) to produce the Gallery’s first original exhibition, Then They Came for Me: Incarceration of Japanese Americans during WWII and the Demise of Civil Liberties.In the name of national security, the government incarcerated 120,000 citizens and legal residents during World War II without constitutional protections to which they were entitled. Executive Order 9066, signed by President Franklin D. Roosevelt on February 19, 1942, set in motion the forced removal and imprisonment of all people of Japanese ancestry living on or near the West Coast.

​​For more information and updates on Then They Came for Me and the George Takei September 7 presentation, visit alphawoodgallery.org.