Giordano Dance Chicago (GDC), America’s original jazz dance company, will debut a new work by Liz Imperio, hailed as choreographer to the stars, when the company presents their spring engagement at the Harris Theater for Music and Dance. The production takes place Friday, March 31 and Saturday, April 1 at 7:30 p.m., and the program will also feature former GDC dancer and River North Dance Chicago artistic director Frank Chaves’ restaging of Grusin Suite, a work that actually had its birth at GDC.

“Many Chicagoans know Frank’s Grusin Suite as a four-movement work that was part of River North Dance Chicago’s repertoire, but it was originally choreographed and debuted on the Skyline Stage as a three-movement work for our Jazz Dance World Festival in 1993,” noted Nan Giordano, GDC’s artistic director. “I’m very excited to see Frank, a former GDC dancer, give new life to this piece of our history.”

From 1993 – 2015, the Cuban-born Chaves, a 2014 Chicago Tribune “Chicagoan of the Year,”  served as artistic director for River North Dance Chicago (RNDC) curating a repertoire of works by the most respected dance makers, and creating 25 works for RNDC. Other choreographic credits for Chaves include Finland’s Pori Dance Company, the National Choreographers Initiative and theatrical commissions for Steppenwolf Theatre  and the Cleveland Playhouse. In addition to Giordano Dance, Chaves’  performance credits include New York’s Ballet Hispanico and Hubbard Street Dance Chicago.

The company will also unveil a new work choreographed by Liz Imperio, who choreographed La Belleza de Cuba for Giordano Dance’s 50th Anniversary. Says Nan Giordano, “Imperio, too, represents our legacy, having initially connected to my father, Gus, whom she has described as the ‘iconic godfather of jazz dance,’ at a dance convention many years ago. Given her appreciation of our history and sense of heart, I can’t wait to share her newest full company work with our audiences this spring.”

Imperio, a proud Cuban-American and recipient of the Industry Dance Award’s 2016 role model award, has established herself as a major director and choreographer in the entertainment industry. Her credits include the staging and choreography for Jennifer Lopez’s world tour “Dance Again” and directing/choreographing of three of Gloria Estefan’s world concert tours and two world tours for Madonna. Imperio recently instigated a next level, career enhancement program called "Breaking Barriers."

These two works will anchor a program that also features works from GDC’s diverse repertoire. Other highlights include Jon Lehrer’s signature work, A Ritual Dynamic (2008), restaged by Nan Giordano; Brock Clawson’s Sneaky Pete (2015), drawing on his love of theater and film noir; and the witty “pas de deux for one” created by former GDC and RNDC Artistic Director Emeritus Sherry Zunker, The Man That Got Away. (The work was gifted to GDC in 2007.)

Giordano Dance Chicago presents its spring engagement at the Harris Theater for Music and Dance, 205 E. Randolph Dr., Friday, March 31 and Saturday, April 1 at 7:30 p.m. Tickets to GDC’s spring engagement range from $15 - $75 and are available by calling 312.334.7777 or by visiting Harris Theater’s Box Office (205 E. Randolph Drive in Chicago) or online at harristheaterchicago.org. 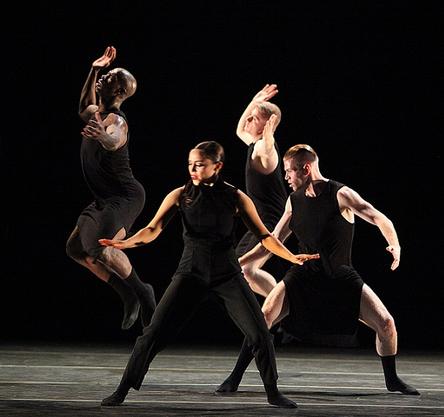