Goodman Theatre will host an impressive slate of established Chicago actors, including Cheryl Hamada, Mike Nussbaum, Ernest Perry, Jr. for “Acting Your Age,” an interactive panel about the careers and lives of professional actors over the age of 55. The panel will be hosted at the theater on Monday, November 17 from 2:30-3:30pm. “Acting Your Age” is presented as part of the GeNarrations program—a free storytelling workshop series for lifelong learners age 55+ and part of Goodman Theatre’s Education and Community Engagement programs. Following the program at 4:30 p.m., the GeNarrations members will perform “Stories of Love and Transformation,” a free reading of stories inspired by Smokefall, which opened the Goodman’s Albert Theatre this season and starred Nussbaum.

Cheryl Hamada has appeared in the series The Chicago Code and Chicago Hope, as well as the films Above the Law, About Schmidt, Nothing Like the Holidays and The Dilemma. In addition to his recent work in Smokefall (Jeff Award), Mike Nussbaum has directed and acted in Chicago theaters for more than 50 years, originating roles in David Mamet’s American Buffalo, Life in the Theatre, Glengarry Glen Ross and others. Ernest Perry, Jr. returns to the Goodman this spring as Hambone in Two Trains Running. He has also appeared at the theater in A Raisin in the Sun, Galileo, Puddin 'n' Pete (Jeff Award nomination), and Ma Rainey's Black Bottom among others. Also on the panel will be Mary Ann Thebus (returning to the Goodman this winter as Alice in Rapture, Blister, Burn) and  Howard Witt, who last appeared at the Goodman in Fish Men during the 2011/2012 Season.

More than 100 total GeNarrations participants throughout Chicago attend seven-week small-group sessions led by a Goodman teaching artist, during which they develop personal narrative performance pieces based on themes raised by Goodman Theatre productions. Since the program’s inception in 2009, more than 300 Chicagoans aged 55 to 90 have participated in GeNarrations at Goodman Theatre, presented in collaboration with the City of Chicago’s Department of Family and Support Services and session-specific community based organizations.

Goodman Theatre’s Education and Community Engagement programs reach more than 8,000 Chicagoland students, teachers and lifelong learners annually through partnerships with Chicago public and parochial high schools and audience engagement programming. Programs connect participants with working theater professionals to deepen the experience of the work on stage and are accessible to all people—regardless of resources. For more information about Goodman Theatre’s broad based educational and community programming, visit goodmantheatre.org. 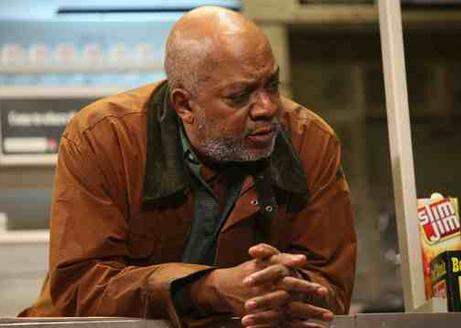