Producers for Broadway smash hit Hamilton, have announced that Karen Olivo, who electrified audiences with her Tony Award-winning portrayal of Anita in the 2009 Broadway revival of West Side Story, will return to the stage as the brilliant and beautiful Angelica Schuyler in the Chicago production of the Tony Award-winning musical. Producers also announced other casting for the hotly anticipated Chicago production including, Broadway veterans Miguel Cervantes in the titular role as Alexander Hamilton, and Alexander Gemignani as King George III.

Cervantes’ Broadway credits include in the musicals If/Then, American Idiot and The 25th Annual Putnam County Spelling Bee (Cervantes will play the role on Broadway on July 13 matinee, July 18 and July 25 in preparation for his Chicago debut as Alexander Hamilton). Gemignani has starred as Jean Valjean in the 2006 revival of Les Miserables, and performed in Steven Sondheim’s Assassins, Sweeney Todd and Sunday in the Park with George.

With book, music and lyrics by Lin-Manuel Miranda—who starred on Broadway in the lead role just until recently—direction by Thomas Kail, choreography by Andy Blankenbuehler, and music direction/orchestrations by Alex Lacamoire, Hamilton is based on Ron Chernow’s biography of Founding Father Alexander Hamilton, an immigrant from the West Indies who became George Washington’s right-hand man during the Revolutionary War, and was the new nation’s first Treasury Secretary.  Featuring a score that blends hip-hop, jazz, blues, rap, R&B and Broadway, and a cast that is just as diverse, Hamilton is the story of America then, told by a very contemporary America now.

The musical won eleven 2016 Tony Awards including Best Musical, Score, Book of a Musical, Direction of a Musical, Choreography and Orchestrations.  Mr. Miranda received the Pulitzer Prize for Drama for the work.

Performances begin September 27 at The PrivateBank Theatre in Chicago (18 W. Monroe). Tickets to the Chicago production have been scarce as eager theater-goers camped out in long lines this spring to snatch up tickets, though more dates have since been released.

​The musical will enjoy great anticipation even as it celebrates its 1st anniversary on Broadway at the Richard Rodgers Theatre on August 6.  A touring production begins a 21-week run in San Francisco in March 2017, followed by a 21-week engagement in Los Angeles. A London production will be mounted, also in 2017.

​For further information about the Chicago production, which begins September 27 at The PrivateBank Theatre, visit www.BroadwayInChicago.com.

Karen Olivo has been cast as Angelica Schuyler in the highly anticipated Chicago production of the Tony Award-winning Broadway smash hit musical, Hamilton (photo courtesy of Broadway In Chicago). 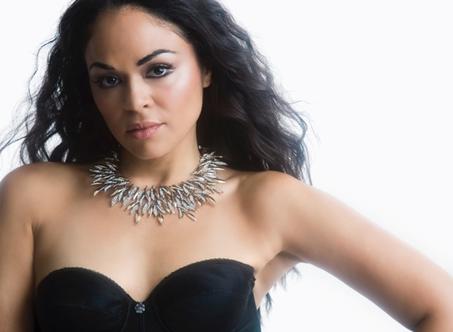