The Harris Theater for Music and Dance, in association with The Dance Center of Columbia College Chicago, will open its 2014–2015 season by presenting Beijing Dance Theater (BDT) in the company’s Chicago debut this fall.

BDT’s first appearance in Chicago will feature the ensemble’s all-new work, Wild Grass, a powerful modern dance work inspired by the writing of Chinese poet and literary giant Lu Xun (1881–1936). The new work  will receive its U.S. premiere during the company’s 2014–2015 international tour, with stops at the Brooklyn Academy of Music, the Kennedy Center for the Performing Arts, and culminating with a final tour stop at the Harris Theater this fall.

Choreographed by company founder and artistic director Wang Yuanyuan, Wild Grass is a seductive medley of three movements based on the writing of Lu Xun, considered one of the most influential writers of the 20th century. Both vivid and abstract, Lu Xun’s work has developed a mythic following in his native China, known for its complexities and intricate metaphors. The dance, choreographed by Wang in 2013, uses movement to convey ideas of growth decay and, ultimately, rebirth—a symbolic progression as it relates to the human life cycle.

“Wang Yuanyuan has established herself as a major force on the international dance scene over the last several years, ever since her magnificent work during the Opening Ceremony of the Beijing Olympic Games back in 2008,” noted Michael Tiknis, president and managing director of the Harris Theater. “The company is at an exciting artistic juncture, as Beijing Dance Theater looks to broaden its reach into the world. We’re proud to be able to host the company for its first Chicago performances and invite The Dance Center to be our partner and collaborator.”

Wild Grass is the latest piece of choreography by company artistic director Wang Yuanyuan, a graduate of the Master of Fine Arts program at the California Institute of Arts School of Dance in Los Angeles, California. Yuanyuan is one of China’s leading modern dance choreographers. Her works have been staged around the globe in the United States, Russia, Korea, Greece, Germany and a host of other major cities around the world.

Performances of the Beijing Dance Theater at The Harris take place Tuesday, October 28, and Wednesday, October 29, at 7:30 p.m.. For more information or for tickets, visit www.harristheaterchicago.org. 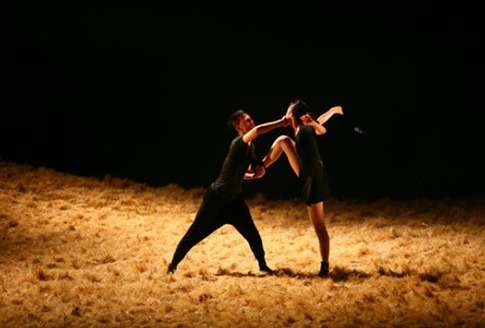