This fall RPM Productions will present the world premiere of the full-scale production of Day of the Gypsy, a highly innovative dance-theater collaboration with choreography by Ruth Page Award winner Gordon Peirce Schmidt and featuring live accompaniment by Grammy Award-winning musician John Jorgenson and the John Jorgenson Quintet. Led by Schmidt and co-founders/artistic associates Jeff Bauer and Laura Berman, Day of the Gypy will come to Chicago for two performances, Saturday, November 21 at 7:30 p.m. and Sunday, November 22 at 3 p.m. at the Harris Theater for Music and Dance in Millennium Park.

“Day of the Gypsy is an immersive theatrical experience inspired by the mystical allure of Gypsy Jazz music and its iconic pioneer, Django Reinhardt,” said Schmidt of the new production. “Drama, live music, movement, innovative sets, costumes and lighting designs—we combine all these elements to create an original story told through contemporary dance. We look forward to presenting it for the first time in its entirety.”

Featuring a cast of 12 dancers and five musicians, the production follows a series of misadventures, propelled by the sounds of Gypsy Jazz. Powerful, athletic choreography drives the story and charm of a magic spell that entangles the hearts of a Gypsy girl and her average Joe. Schmidt’s original choreography features principal dancers Yumelia Garcia (Joffrey Ballet), Randy Herrera (former principal dancer with Houston Ballet), Jennifer Goodman (formerly with the Joffrey Ballet) and Tom Mattingly (formerly with Ballet West).

Schmidt has been choreographing and directing dance and theater for the past 30 years. He is the recipient of numerous honors, including a Prime Time Emmy Nomination for Outstanding Achievement-Cultural Programming and two Ruth Page Awards for Choreography. During his tenure as resident choreographer for Ballet Chicago between 1989-1995, Schmidt began experimenting with the Gypsy Jazz genre. An abbreviated work-in-progress with isolated sections of Day of the Gypsy, titled Journee des Tziganes, was performed at the Athenaeum Theatre in 2014; the Harris Theater engagement marks the debut of this full-length production.

Music virtuoso John Jorgenson, known for his blistering guitar licks and mastery of a broad musical palette, has earned a reputation as a world-class musician and guitarist who has collaborated with the likes of Elton John, Luciano Pavarotti, Bonnie Raitt and Bob Dylan.

For more information about the upcoming world premiere or for tickets, visit harristheaterchicago.org. 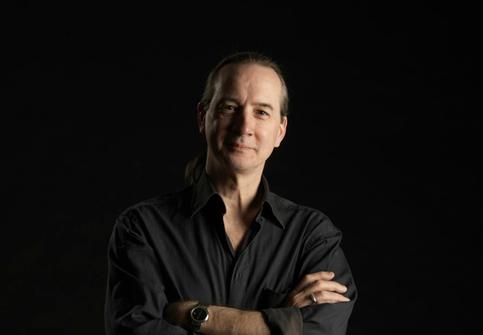