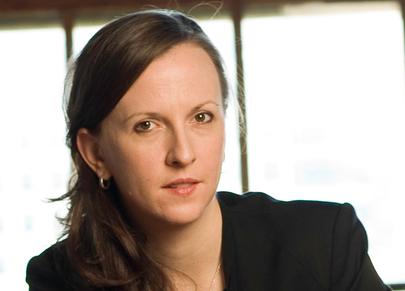 The Harris Theater for Music and Dance is set to present the world premiere of Tesseracts of Time, a brand new collaboration between renowned choreographer Jessica Lang and celebrated architect Steven Holl, performed by Jessica Lang Dance and commissioned by the Chicago Architecture Biennial. After being called a “must-see” performance by Clef Notes’ Guide to the 2015-2016 Dance Season in Chicago (Clef Notes Journal Autumn 2015), this production is a premier highlight of the fall dance season, arriving at the Harris at 8 p.m. on Friday, November 6.

The name Tesseracts of Time relates to the four types of architecture: Under, In, On, and Over. Tesseracts of Time demonstrates just how the two worlds of architecture and dance merge with respect to time; architecture is one of the arts’ longest endeavors in duration, while the realization of a dance piece can be a quick process where the work disappears as the performance of it unfolds. In this new work, one can imagine the four stages like the four seasons which are compressed into just twenty minutes. This compressed ratio would render an average human life as four years.

"The body moving through space in time is a central experience of both architecture and dance,” said Holl. “To collaborate on a ‘Dance for Architecture’ with Jessica Lang is an inspiring chance to experiment with the merging of the two arts, focusing on time, form, light, and movement."

​“Collaboration is an essential part of making great art,” noted  Jessica Lang. “Having the opportunity to work intensely with architect Steven Holl on Tesseracts of Time has been a valuable process that will inform my work well beyond the creation of this piece. Together, we have pushed the boundaries of dance and architecture and the result will awaken the human imagination.”

Jessica Lang has been hailed as “a master of visual composition” by Dance Magazine and is known for her striking design elements, and emotionally engaging contemporary works. Lang is a New York City Center Fellow for 2015 and the recipient of the prestigious 2014 Bessie Award.

​Considered one of America's most important architects, Steven Holl is recognized for his ability to blend space and light with great contextual sensitivity and to utilize the unique qualities of each project to create a concept-driven design. He specializes in seamlessly integrating new projects into contexts with particular cultural and historic importance. Holl has been honored with Japan’s Praemium Imperiale (2014), the AIA Gold Medal (2012), Royal Institute of British Architects Fellowship (2002) and the Grand Medaille d’Or (2001) among many other awards and is a tenured Professor at Columbia University's Graduate School of Architecture and Planning.

“Seeing the creative process behind Tesseracts of Time and working with Jessica and Steven, and the Chicago Architecture Biennial, to bring it to life has been an especially rewarding mission,” said Michael Tiknis, Harris Theater’s president and managing director. “The natural collaboration between these two visionaries was magic, and the work is so rich as a result. Presenting the world premiere of Tesseracts of Time will be the Harris’ distinct honor. With the Joyce Theater Foundation and Houston Society for the Performing Arts as co-commissioners alongside the Harris, this collaboration will continue to make its mark across the country.”

​The architecture used in the dance was developed through a research project called ‘Explorations of IN.’ This project started June 2014 at Steven Holl Architects and explores questions of architectural language. It aims to re-value the art of architecture.

Lang and Holl carefully chose music that has influenced them both in their individual work, and for its architectonic qualities, studied at Columbia University’s design program The Architectonics of Music, led by Steven Holl and Dimitra Tsachrelia. This “dance for architecture” is set to music by David Lang, Morton Feldman, John Cage, Iannis Xenakis and Arvo Pärt.

​For more information about the series, visit Harris Theater’s Website.

Acclaimed choreographer Jessica Lang has collaborated with esteemed architect Steven Holl on a new commission by the Chicago Architecture Biennial called Tesseracts of Time. It will explore the expression of architecture through dance.