After 12 Years, Michael Tiknis Stepping Down as President of Harris Theater 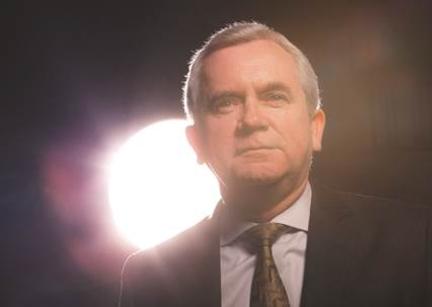 During Michael’s tenure with the Theater the Harris has firmly established its position as a cultural anchor in Chicago through presenting internationally and nationally acclaimed music and dance organizations, while helping to build audiences for the Theater’s resident companies.  Daniel Barenboim, Chamber Music Society of Lincoln Center, Mikhail Baryshnikov, Renee Fleming and Patricia Barber, the Hamburg Ballet, Lang Lang and many others have graced the Harris stage.

“With the completion of the Theater’s renovation and expansion, the culmination of a milestone twelfth season, and the strong progress made towards the $38 million goal of the Imagine campaign, I have decided it is the right and natural time for the Theater to begin the succession planning process,” said Michael Tiknis. “In these twelve years, the Harris Theater has become an internationally known institution, respected for its commitment to artistic excellence, collaboration and innovation.  All of this has been accomplished by a team of remarkable Trustees and a skilled and dedicated professional staff, all of whom display overwhelming commitment to the complex mission of the Harris. I have to especially acknowledge Joan Harris, Sandra Guthman, Abby McCormick O’Neil, James Alexander and, of course, our current Board Chair, Alexandra Nichols whose collective vision and support has been tremendous.”

“The Harris Theater wishes to thank Michael Tiknis for his leadership and guidance through the formative years of the Theater’s existence, and for his unwavering commitment to its mission,” said Nichols.