Harris Theater for Music and Dance has added to its 2016-2017 schedule a performance by the brilliant mezzo-soprano, Stephanie Blythe, in “Sing, America!” on February 9, 2016. “Sing, America!” is a full program of handpicked American Songbook repertoire. Blythe will bring her superior artistry back to the Harris main stage with a full evening of popular Standards after delivering a taste of this program in a triumphant performance in the inaugural season of Beyond the Aria, the Harris’ highly acclaimed performance series on the stage of the Pritzker Pavilion. Among the works on the program will be favorite songs of Tin Pan Alley and the Jazz Age, as audiences sing along all evening; Stephanie will provide the words and teach concert-goers the tunes. Referred to as a “once-in-a-generation opera singer” by The New York Times, Blythe’s heartfelt passion project is a welcome addition to the Chicago arts and culture calendar.

Blythe made her Harris Theater debut during the Theater’s 10th Anniversary season with Les Violons du Roy and Music Director Bernard Labadie. She stunned a greatful Harris audience with powerful vocals and engaging stage presence. Critics and audiences alike have been awaiting her return. Blythe has also performed in many of the other renowned concert halls and opera houses in the US and Europe including the Metropolitan Opera, San Francisco Opera, Lyric Opera of Chicago, Seattle Opera, Royal Opera House Covent Garden, and the Opera National de Paris.

Alongside longtime collaborator and pianist Craig Terry, the artistic director of Beyond the Aria, assistant conductor at Lyric Opera of Chicago, and music director of the Ryan Opera Center, the work showcases the talents of one of the most critically acclaimed voices in the world, alongside the voices of the audience in a one-of-a-kind sing-along performance.

Tickets for “Sing, America!” are available at HarrisTheaterChicago.org or by calling the Harris Theater Box Office at 312.334.7777. 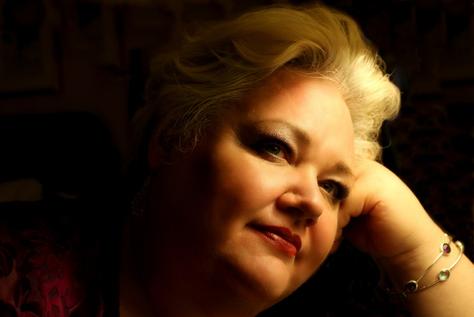