This week, Michael Tiknis, President and managing director of the Harris Theater for Music and Dance announced Beyond the Aria, a new performance series produced by Harris Theater in a unique first-time association with Lyric Unlimited, on the Pritzker Pavilion Stage at Millennium Park.

Four performances—October 21, November 10, January 14, and March 10—will feature internationally celebrated opera singers alongside rising stars from The Patrick G. and Shirley W. Ryan Opera Center at Lyric Opera of Chicago, the eminent artist-development program. The artists will perform a repertoire of their choosing, which may include Broadway, American Songbook, Jazz, and more, with accompaniment by pianist Craig Terry.

Beyond the Aria marks the first partnership between the Harris Theater and Lyric Unlimited.  And it will provide an opportunity for audiences to pull the veil back (if at least a little) from the staid and structured world of operatic artists, making them accessible to audiences, a tenant of both organizations.  Says Tiknis, “The concept of unscripted performances on the singers’ night off from the opera is a rare opportunity for Chicago audiences to be a part of a once-in-a-lifetime experience. Collaboration is the hallmark of the Harris Theater—this series truly represents our mission at work.”

Beyond the Aria will highlight these lead guest artists of Lyric’s upcoming season and members of Lyric’s prestigious Ryan Opera Center, with Craig Terry as artistic director for the series. Terry indicated that when first approached by Tiknis and The Harris for the project, he “ immediately envisioned a musical world through which audience members could experience the visceral nature of hearing spectacular voices, up close and unbuttoned, in a beautiful space, and in favorite and divergent repertoire chosen by the artists themselves.”

Kenneth R. Norgan has generously provided support for the initiative as the Beyond the Aria series presenting sponsor.

Subscriptions for the four-performance series go on sale today starting at $99. Single performance tickets will be available September 16 starting at $35. For more information or for tickets, contact the Harris Theater Box Office at 205 East Randolph Drive, 312.334.7777, or visit HarrisTheaterChicago.org. 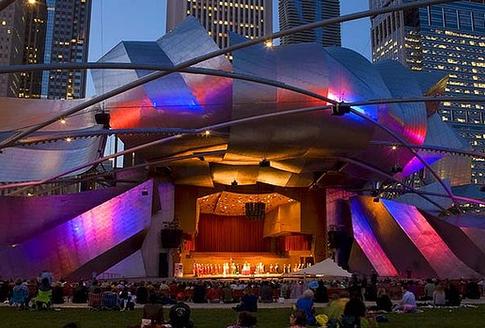