Hubbard Street dancer Jason Hortin in A Picture of You Falling by Crystal Pite. (photo by Todd Rosenberg). 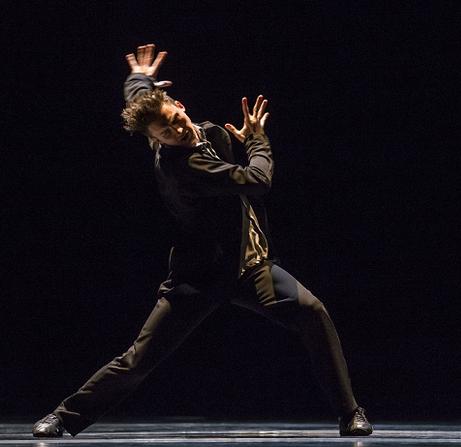 Continuing its commitment to taking an in-depth look at the work of individual choreographers, Hubbard Street Dance Chicago will devote an entire program to one of contemporary dance’s most innovative choreographers, Crystal Pite this fall at Harris Theater for Music and Dance in Millennium Parki.

​“Crystal Pite is a visionary and someone who I expect will continue to be part of the fabric of Hubbard Street moving forward,” said Artistic Director Glenn Edgerton. “Her sense of creativity lends itself to progressive, thought provoking imagery and a new way of looking at dance.”

The December  program will feature the full length duet, A Picture of You Falling, first performed as an excerpt by Hubbard Street in March 2014, as well as two Hubbard Street premieres; Grace Engine, and The Other You.

Pite has been hailed as “one of the most talented and intriguing choreographers working today” by the New York Times and “one of the greatest choreographic minds of her generation” by The Financial Times.

A Picture of You Falling first premiered at the Canada Dance Festival in 2008, borrowing elements originally created for Nederlands Dans Theater in 2007 as part of a piece called The Second Person. The current version was performed with the choreographer’s dance company, Kidd Pivot. The 18 minute work explores the way narratives shared across cultures and generations reside within our bodies, and how the body illustrates those stories.

The Other You is a duet that debuted as part of "The You Show" performed by Kidd Pivot in 2010. The piece explores the relationship between self and other via contrasting images of man and beast, domination and submission, love, loss and loneliness. This dance emerges from choreographer Crystal Pite’s fascination with the narratives that connect humanity throughout time and space.

Grace Engine is a full company work premiered by Cedar Lake Contemporary Ballet in 2012. An electronic score composed by Owen Belton and dramatic lighting serve to accentuate the tension as dancers morph between cinematic tableaus and unanticipated gestures. The Guardian wrote “when Pite cuts to close-up she reveals dark gleams of beauty among the terror…Pite’s choreography promises redemption beyond the abyss.”

​Hubbard Street’s Season 40 Winter Series will take place December 7 through 10 at the Harris Theater for Music and Dance in Millennium Park, located at 205 East Randolph Street in Chicago. For tickets or more information, visit hubbardstreetdance.com or call 312.635.3799. Tickets can also be obtained at the Harris Theater box office.