Conducted by Alessandro Ciccolini, the program includes works by Scarlatti, Vivaldi and F.O. Manfredini.   I Turchini was founded in 1987 by Antonio Florio; until 2010 it was known as “Cappella della Pietà de Turchini.” The ensemble features instrumentalists and singers specializing in Neapolitan music of the 17th and 18th centuries, and in the rediscovery of forgotten composers.   The originality of the ensemble’s concert programs, as well as the group’s strict adherence to the Baroque performance practice, makes i Turchini one of the most acclaimed ensembles of the Italian and European musical scenes.

The group has performed on renowned stages including the Accademia di Santa Cecilia in Rome, the Palau de la Música in Barcelona, the Berlin Philharmonics and the Scarlatti Association in Naples, as well as many of the major music festivals.   The ensemble has produced numerous recordings for the Symphonia and the Parisian label Naive Opus 111.

The Art Institute’s 18th-century Neapolitan crèche  is one of the very few and finest examples of such a work outside of Naples. With more than 200 figures—including no less than 50 animals and 41 items of food and drink—all staged in a stunning ornate Baroque cabinet with a painted backdrop—the crèche is elaborate, complex, and quite a wondrous work of art.

For more information about the upcoming performance, visit iicchicago.esteri.it. 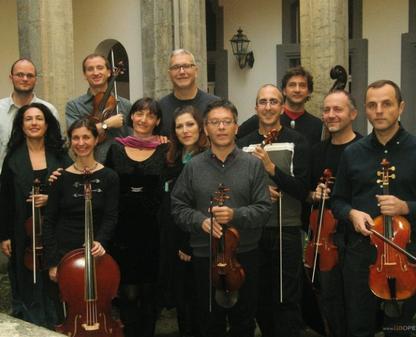