Founder of America’s first jazz dance company, Gus Giordano left a powerful legacy as one of the progenitors of the art form. Having expanded the breadth and boundaries of jazz dance with the acclaimed Giordano Technique, he has left a profound legacy behind. That’s a pretty monumental standard to bear, and for his daughter (and student), Nan Giordano, stepping into his expansive shoes in 1993 was not seen as a weight to bear, but an honor and her heritage.

I had a chance to get some insight into what it’s been like for Nan to grow that legacy and etch out her own in the process.

Q: What was it like for you to accept the imperative of continuing and expanding your father’s formidable legacy with Giordano Dance Chicago?

​A: My father did leave a formidable legacy, didn’t he?  He was a visionary, a master educator, a choreographer, an author, an arts administrator and a convener.  He is widely credited as one of just a few people who elevated American jazz dance to the same level of respect and importance as ballet and modern dance. So, yes, in one regard, his are mighty shoes to fill, and I have been honored and humbled and grateful to carry on his legacy these many years. In another regard, however, I knew from a very young age that I was to be a professional dancer and ultimately, take my place at the helm of Giordano Dance Chicago.  Thinking of it from the perspective of any family business being handed from generation to generation, the transition was not daunting but one to be cherished and learned bit by bit.

Q: Was the company's move to Chicago a difficult decision to make after 50 years as a staple of the Evanston arts community?

A: Our move from Evanston to Chicago was part of a larger strategic effort that coincided with our 50th Anniversary Season. Two years prior to the move, we had made the decision to remove the word “jazz” from Giordano Jazz Dance Chicago to the slightly shorter Giordano Dance Chicago when we hit 50. While we are America’s original jazz dance company, audiences and presenters and critics were often confused, thinking that jazz dance and jazz music are one and the same. Reaching our half century mark gave us the impetus and the opportunity to rebrand the organization and move to the heart of the Chicago dance community...new name, new look, new home all in celebration of that incredible anniversary. A very bold move on our part, wouldn’t you say?

​Q: Absolutely! What artistic and visibility opportunities has the move created for Giordano Dance?


​A: Since our move from Evanston to Chicago in May 2012, Giordano Dance Chicago has been in a sustained period of growth artistically and organizationally. Our budget, our programs, our performances and educational activities have reached their highest level ever, and I am certain that existing within the very center of Chicago’s exceptional dance community is a key factor in these successes. As great of a community as Evanston is, we were isolated for 49 years from being a more-active part of the city’s performing arts scene. You know, my father absolutely loved Chicago, and it was through his vision that we were the first dance company to include “Chicago” in our organization's name. Because it was his dream to be located physically within the City of Chicago, my father would have been thrilled and very proud of this accomplishment.

Q: With innovation being a signature part of the Giordano brand from the outset, was working with choreographer Roni Koresh a no-brainer when conceiving this season’s performance?

​A: When we consider a choreographer who will create work for our expansive and ever-growing repertoire, I ask myself the following questions:  What can this artist create that we don’t have? What energy, passion, and power will that artist bring to the process and to the final work? Will the artist engage our beautiful, intelligent and athletic dancers in a way that makes them feel invested in the process and in the outcome? With Roni Koresh, the answers to each of these questions were apparent. He had created EXit4 in October 2013, and the work immediately became a critical and audience favorite. Success with that first work, coupled with Roni’s long-standing connection to my father and to Giordano Dance Chicago, easily led me to have him return as guest choreographer. The creation of Crossing/Lines in October 2015 capitalized on Roni’s trademark power, aggressiveness and in-your-face energy, but it also delivered lots of humor and a sly take on what it means to “belong." At 27 minutes in length, it also happens to be the longest work we’ve ever brought to the stage. His great choreographic skill, however, makes the work zip along, keeping the audience engaged at every turn.


​Q: Four of your concert dance works have been incorporated into the company's repertoire. From where do you draw inspiration for both movement and theme in translating the Giordano Technique for a modern audience, as well as a new generation dancers?

A: When I succeeded my father in 1993 as artistic director of Giordano Dance Chicago, I chose to find a balance between what had come before and what was to come next, not only for my own personal artistic growth but to expand the art form of jazz dance and preserve and promote the Giordano Technique. I recognize that I have been given the gift of mentorship from one of the leading voices in jazz dance, and I take my charge very seriously.

My dad used to say that jazz dance is an art form always trying to become something new, and I could not agree more with him. Working with the solid, regal base of the Giordano Technique but with an exploration of what has not yet been discovered, I have an amazing and versatile set of tools for satisfying today’s audience-goers and developing tomorrow’s professional dancers. I know my success is dependent upon finding that proper mix of past, present and future.

Q: Education has been an expanding component of your own platform as artistic director for the company. What has your work in dance education meant for you as an artist?

​A: Teaching inspires me like nothing else I do.  Giordano Dance Chicago has the mission, the legacy and the means to enrich lives through dance, and whether that occurs on stage or in the classroom,  we strive to connect deeply to our patrons. We realized a few years back that we had a gold mine at our disposal in the form of the Giordano Technique.  There are precious few dance companies that have access to a proprietary and foundational technique, which is why we have created the Nan Giordano Certification Program to help disseminate the technique to dancers and dance educators worldwide.

Sadly, there is an unhealthy and inaccurate trend in the performing arts industry that questions whether jazz dance is still viable: a few have gone so far as to say, “jazz dance is dead.”  From my perspective, jazz dance is as vital, relevant, transformative and powerful as it has ever been, and through my choreographic and educational activities, I continue to be a passionate and very loud champion for this art form.


Q: What is your favorite memory of your father at work as a choreographer and educator growing up?

​A: My father was an everyman. Yes, he was a rock star in the world of dance, but he was also an artist who came from a working-class background; he never forgot that there is great power in looking a student in the eye, offering words of encouragement, or asking about someone’s life story. A favorite memory from one of the earliest offerings of Jazz Dance World Congress was to witness him moving through a ballroom filled with hundreds of dancers, and by the end of a 90-minute session, my father would have spoken to or interacted with each and every student. That is powerful stuff to a young dancer, and it is a quality, an attribute that I have actively brought into my own work as an educator. It’s a wonderful memory, one that truly makes me smile.

See Giordano Dance Chicago June 11 on the landmark Auditorium Theatre stage in the theater's popular "Made in Chicago" dance series. 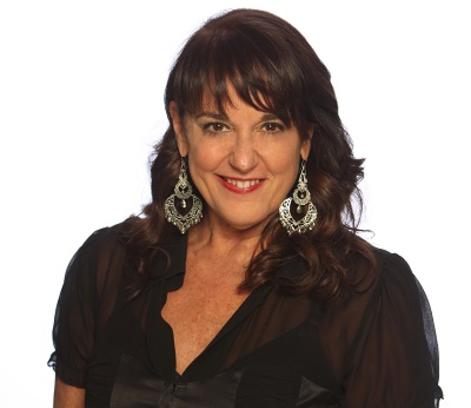