Known for her stirring harmonies and prolific collaborating, singer-songwriter Lucy Kaplansky will make her way to Old Town School of Folk Music this spring (photo by Red House Records). 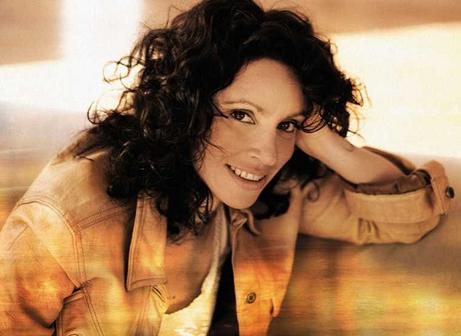 ​From the Spring 2017 Issue of Clef Notes Chicagoland Journal for the Arts
​
​Folk singer and songwriter Lucille Kaplansky is definitely a bit of an enigma. Growing up in Chicago the daughter of noted University of Chicago mathematician (and talented pianist) Irving Kaplansky, she clearly has felt equally strong pulls from both her creative brain and her analytical brain. An early folk music convert, Kaplansky ventured off to New York’s Greenwich Village to pursue her love of performing for several years before deciding to shift gears and earn her Ph.D. in clinical Psychology. Yet, the tug of that early love kept pulling her back to the concert stage and the recording studio, mainly in collaborations with emerging artists with whom she had been fortunate enough to develop artistic relationships early on.

Artists like Shawn Colvin kept bringing her back to music and soon enough, Kaplansky shifted gears once again and began touring afresh. Appreciative audiences (and artists) couldn’t be happier that she did. Her melodious voice, her heartfelt lyrics and her signature harmonies have won Kaplansky fans the world over—especially among her peers.

And her most recent album release, Reunion, is a contemplative celebration of Kaplansky’s roots and the indomitable spirit so clearly demonstrated in the singer’s career. It also harkens to the artist's distinct talent for story-telling, something that has also won her a significant contingent of fans.

I was lucky enough to get to chat with the singer before she arrives back in the Windy City for her spring concert at the Old Town School of Folk Music and as analytical as she may indeed be, it’s pretty clear music is her heart resides.

You grew up right here in Chicago. Tell me about your early career performing here.

I started performing at my high school, and then in the Chicago folk music scene when I was 17. I was part of a group called “Steps in Flight,” and we performed a few times at folk clubs.

You have a long history of potent collaborations, working regularly with artists like Shawn Colvin and John Gorka throughout your career. But there is a real art to collaboration. Some artists just can't do it. What's the process like for you, and how do you account for your ability to work so seamlessly with musicians of such varying styles?

Well, first of all I love to collaborate. So that’s part of it, you have to love to do it. And I happen to be a very good harmony singer, and I come up with parts that are unusual.  So I’ve always been somewhat in demand for harmonies. When Shawn and I met in 1980, we were blown away by each other’s singing and harmonizing, so we just wanted to sing together. It was always so fun and so creative. And John Gorka always loved my voice too, so he invited me to sing with him a lot: opening shows, singing on his albums. And I just love his voice, so it was my pleasure.

Your writing has grown immensely in the last decade or so. How much of that can you attribute to starting a family and the wealth of emotion that family brings?

​Thank you. Honestly, I think it has more to do with practice! You get better the more you do it. Certainly I’ve had new and different things to write about. But if I’ve gotten better at it, it’s because I’ve worked at it a lot.

What was it like working with your father and making the foray into mid 19th century swing?

I grew up on those songs, my dad was always playing the piano and I learned a whole bunch of songs from that era from him. I was the only real singer in the family, so I’m the one who mostly sang with him. He was a very talented piano player, and he wrote very funny, quirky songs. And he was very funny. It was always a lot of fun working with him.

What do you have in store for audiences at your Old Town School of Folk Music concert this spring?

I’ll definitely have some new songs, but also lots of old ones and songs I’ve started covering that I don’t think I’ve ever played at Old Town.

With your busy touring schedule, what's your guiltiest pleasure away from performing and writing?

I’m completely obsessed with politics right now. I can’t stop reading everything, I’m following about 10 journalists on Twitter, and I read The New York Times and Washington Post every day. And when I’m driving, I listen to political podcasts. I don’t know if that’s a guilty pleasure, but it’s definitely what I’m doing when I’m away.

What do you like best about coming back to the Windy City?

What I love best when I’m back in Chicago is seeing old friends. I grew up in Hyde Park and there are still so many people I grew up with living there.

Is there an non-performance indulgence you look forward to enjoying when you get here?

Well, it used to be deep dish pizza, but I’m not eating gluten now.  So not any more!

You can hear Lucy Kaplansky in concert when she performs this spring at Old Town School of Folk Music's Szold Hall on Friday, May 19.