“James Comey is without a doubt one of the most interesting and key figures in the transformation of our political landscape over the past year," said CHF Marilynn Thoma Artistic Director Alison Cuddy.  “I’m eager to hear what he has to say.”

“I applaud our programming team for assembling one of the most diverse and compelling series of events in Chicago” said CHF Executive Director Phillip Bahar. “James Comey is only one of the incredible programs in our robust year-round schedule. We hit the ground running this Spring and will continue our year of exploring the theme of Graphic through the Fall Festival.”

​Tickets for CHF Presents James Comey: Higher Loyalty will go on sale to CHF members today, March 22 and to the general public on Wednesday, March 28. Tickets will be available at tickets.chicagohumanities.org and by calling the CHF Box Office at 312-605-8444, 10 a.m. to 5 p.m., Monday to Friday. 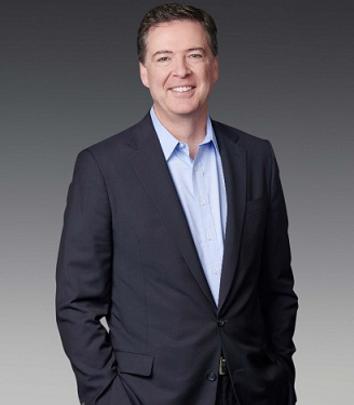 The Chicago Humanities Festival recently announced it will host former Director of the Federal Bureau of Investigation, James Comey, for an event at 7 p.m. on Friday, April 20 at the Harris Theater for Music and Dance. Comey will discuss his new memoir, A Higher Loyalty.

Comey served as director of the FBI from 2013 to 2017, appointed to the post by President Barack Obama. He previously served as U.S. attorney for the Southern District of New York, and the U.S. deputy attorney general in the administration of President George W. Bush. From prosecuting the Mafia and Martha Stewart to helping change the Bush administration's policies on torture and electronic surveillance, overseeing the Hillary Clinton e-mail investigation as well as ties between the Trump campaign and Russia, Comey has been involved in some of the most consequential cases and policies of recent history.