Lyric Opera of Chicago will celebrate its sterling history and its future on Saturday, November 1, with their star-studded 60th Anniversary Concert at the Civic Opera House. It all starts at 6:30 p.m. – sixty years to the day after the company officially launched its very first season.

Jane Lynch, the force-of-nature comedic actress and Illinois native, will rock the house in her Lyric debut as master of ceremonies. Lynch will mix it up with a roster of internationally acclaimed musical artists including Lyric creative consultant Renée Fleming and jazz legend Ramsey Lewis, plus opera stars Stephanie Blythe, Johan Botha, Ana María Martínez, Eric Owens, and other Lyric Opera luminaries.

Also returning to the opera-house stage will be The Second City. Writer-performers Kate James and Tim Sniffen and other ensemble members are expected to engage in their distinctively irreverent interpretations of the lyric arts. Current artists and alumni of The Patrick G. and Shirley W. Ryan Opera Center, Lyric’s artist-development program—celebrating its 40th season—will also be featured on the program. And Lyric’s music director, Sir Andrew Davis, will conduct the Lyric Opera Orchestra and Chorus.

“Lyric’s 60th anniversary is a time to reflect upon our rich history and look ahead to how we want to shape our future,” said Anthony Freud, Lyric’s general director. “This celebratory concert evening brings together a brilliant roster of performers who share a devotion to Lyric, and come to our stage from a variety of places and perspectives.”

The new concert shell created for Lyric by one of the world’s most innovative and respected architects, Jeanne Gang and her firm Studio Gang Architects, will be seen and heard by the public for the first time at the November 1 concert. Audience members will receive a complimentary commemorative book, 60 Lyric Moments, following the Anniversary Concert. The star-studded event is sponsored by Kirkland & Ellis LLP.

For more information about the 60th anniversary concert or for tickets, visit lyricopera.org/anniversaryconcert. 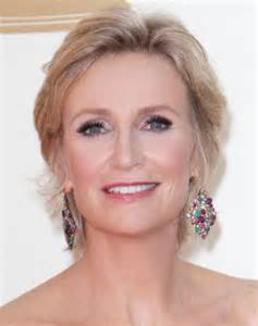