The Joffrey Academy of Dance, Official School of The Joffrey Ballet, has announced the recipients of the sixth annual Winning Works Choreographic Competition: Jeffrey Cirio, Christian Denice and Mariana Oliveira. The announcement follows a national call for ALAANA (African, Latino(a), Asian, Arab and Native American) artists to submit applications, which began in July. The Winning Works Choreographic Competition was created to recognize talented and emerging ALAANA choreographers and to provide them with a platform to showcase their original and innovative work. The winning choreographers are awarded a $5,000 stipend and provided the opportunity to work under the artistic supervision of Joffrey Academy artistic directors Anna Reznik and Alexei Kremnev.

“It is fitting that as we celebrate our 60th anniversary, we continue to move forward with the vision of our founder Robert Joffrey by showcasing new work from emerging choreographers,” noted Ashley Wheater, artistic director. “Winning Works, now in its sixth year, is the perfect opportunity to move the art form forward giving diverse and emerging artists the opportunity to create new work on our Joffrey Studio Company and Trainees, while giving those young dancers the exciting, once-in-a-lifetime chance to perform in a world premiere.”

“The Joffrey thrives on the diversity of our dancers, students and choreographers and it is an honor to provide these three immensely talented artists with a platform to showcase their work,” said Greg Cameron, executive director for the Joffrey. “Through the Winning Works initiative, these artists are given creative freedom and a blank canvas to delve into an artistic process that is truly inspiring and energizing for our young up-and-coming dancers. This inspiration translates to a dynamic performance on the stage of the Edlis Neeson Theater at the MCA.”

Winning choreographer Jeffrey Cirio began his ballet training at Central Pennsylvania Youth Ballet and went on to train at Boston Ballet. Mr. Cirio has won numerous ballet competitions worldwide, including a gold medal at the Helsinki International Ballet Competition and the coveted Princess Grace Award. Christian Denice began his professional dance career at Odyssey Dance Theater in Salt Lake City, Utah, and spent the next three years at River North Dance Chicago in Chicago, IL, under the direction of Frank Chaves. There, he worked with such choreographers as Robert Battle, Sidra Bell, Lauri Stallings, and Frank Chaves. Denice teaches and choreographs nationally and internationally and has created works for Odyssey Dance Theatre, Odyssey II, Expansions Dance Company and River North Dance Chicago in collaboration with Frank Chaves, among many more high profile projects. He is the 2015-2016 winner of the University of South Florida's Echo Choreographic Competition, and had a two week residency at the university where he restaged his 2011 work, raum; and Mariana Oliveira is the choreographer and artistic director for The Union Project Dance Company. Originally from Brazil, Oliveira studied at the Royal Academy of Dance in London, where she went on to become a trainee dancer at the National Dance Company of Wales, under the direction of Roy Campbell-Moore. At the age of 19, she was invited to perform with the Cuban Classical Ballet of Miami. In 2009, she founded The Union Project Dance Company. She has developed works in New York, Miami, Los Angeles, and Brazil, with performances venues including Lincoln Center, Tribeca Performing Arts, McCallum Theatre, among others. She has been nominated as one of the finalists of the McCallum Theatre 18th Choreography Festival, and she has also been nominated to the World Choreography Awards 2015 in the Concert Dance Category.

This year’s “Winning Works 2016” program will also include a World Premiere by Joffrey Academy artistic director Alexei Kremnev entitled Coco + Igor. Coco + Igor, a new creation about artistic geniuses, and the passion of two 20th-century icons, Coco Chanel and Igor Stravinsky. The relationship between Stravinsky and Chanel parallels the innovative spirit of Stravinsky's “The Rite of Spring" and the creation of Chanel's signature perfume, Chanel No. 5. Combining contrasting elements of avant-garde and conservatism, this work explores the journey of two creative powerhouses that leads to artistic triumph.

Coco + Igor. Coco + Igor and the winning choreographers’ world premiere works will be showcased on the international members of the Joffrey Academy Trainee Program and Joffrey Studio Company in “Winning Works 2016” presented in association with the Museum of Contemporary Art Chicago located at 220 Chicago Avenue, in three performances, 3 p.m and 7 p.m.., Saturday, March 5, 2016 and 3 p.m., Sunday, March 6. 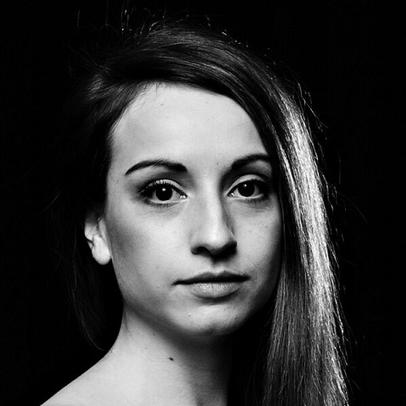