field of dance.  Each of the three selected choreographers will be given a minimum of 30 rehearsal hours to set a new work on the Joffrey Academy Trainees.  Each winning choreographer will also receive a $2,500 stipend and an opportunity to work directly with Joffrey Academy artistic directors, Alexei Kremnev and Anna Reznik.  The three World Premieres will be presented in Winning Works: Choreographers of Color Awards 2014 at 7:00 p.m., Saturday, March 1, 2013 at the Harris Theater for Music and Dance. Ashley Wheater, Joffrey’s artistic director, noted, “Gesture and movement likely preceded speech as the first form of human communication.  Even now, though we have developed languages as diverse as the people who populate the earth, dance remains a ‘universal’ language.  People from all backgrounds dance, and communicate, without sharing words.  Dance is a powerful bridge.  With Choreographers of Color, we celebrate all that is different and all that is universal amongst us.”  Stefanie Batten Bland, from New York City, has been recognized as a 2010-12 Baryshnikov Arts Center Artist in Residence and a Jerome Robbins "NEW Fellow," and a 2011-12 Cambridge Who’s Who of Professionals and Entrepreneurs.  Bland has set pieces on Ailey ll, Danceland of Singapore, Zenon Dance Company of Minneapolis and is currently guest choreographer for Transitions Dance Company of London.        Choreographer Justin Allen Justin Allen was born in Baltimore, Maryland and began his dance training at the Baltimore School for the Arts.  In 2004, he began his training at The Rock School for Dance Education and completed his education in the Rock Academics Program Alliance.  In 2008, Allen received his first opportunity to dance as a professional guest artist with The Dayton Ballet, which led to his first professional contract.  In 2009, he joined The Ballet Theatre of Maryland where he performed as a soloist, and in 2010 he became full time faculty and a choreographer at The Rock School. Choreographer Norbert De La Cruz III Norbert De La Cruz III was born in Bayombong, Nueva Vizcaya, Philippines and raised in Los Angeles, California.  He graduated from The Juilliard School in 2010 with a B.F.A. in dance. Upon graduation, he balanced a career as a professional dancer, photographer, and emerging choreographer. Cruz has danced professionally as a soloist with the Metropolitan Opera House, Lustig Dance Theatre, Aspen Santa Fe Ballet, and Complexions Contemporary Ballet. He was awarded the 2012 Jerome Robbins Foundation’s NEW Essential Works Grant – commissioning his first ballet with Aspen Santa Fe Ballet (ASFB).  He was also the 2012-2013 finalist winner of Hubbard Street 2’s National Choreographic Competition and received the 2012 Princess Grace Foundation Award Fellowship under choreography – granting his second creation for ASFB.  As a result, he received the 2013-2014 Alvin Ailey New Directions Choreography Lab under the mentorship of Igal Perry and guidance and host of AAADT artistic director Robert Battle.  Tickets for the Choreographers of Color Award 2014: Winning Works at the Harris Theater are will be available as of January 13, 2014 by calling the Harris Theater Box Office at 312-334-7777 or online at www.harristheaterchicago.org. 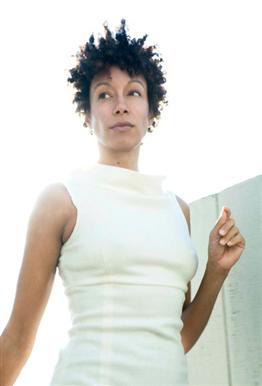