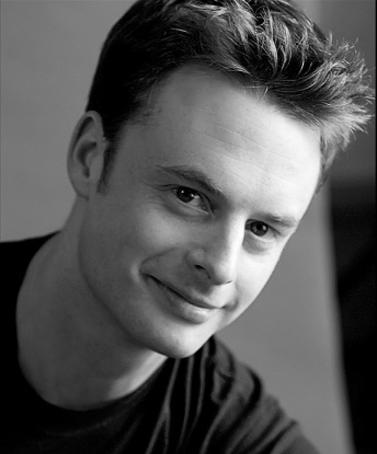 Chicago,  Monday, April 11, 2016 – Last week, Joffrey Ballet announced its brand new artistic team for the world premiere this year of Christopher Wheeldon’s, The Nutcracker. The new production replaces Robert Joffrey’s original American Nutcracker, performed by the company for years. Announcing an artistic team overflowing with talent, Wheeldon and Joffrey’s artistic director,  Ashley Wheater have put an entirely new twist on the story itself. The company boldly sets their new Nutcracker in the 1893 Chicago World’s Fair, offering a completely new opportunity for narrative beyond the traditional Nutcracker story. “Chicago has a really rich history and I think one of the turning points of that history was the World’s Fair. So (this new production) is about the workers that are working on the World’s Fair and the journey of the Fair. It seems to make a lot of sense to me that the World’s Fair had pavilions from all over the world and in the second half of The Nutcracker, Clara is supposed to travel all over the world, so I think it gives us a whole new way to continue the story into the second half of the ballet.” says Wheater.

To bring this story to life, author Brian Selznick understood that from the beginning, it was necessary to maintain a delicate balance. “My job is to help Chris tell the narrative that he wants to tell,” Selznick explains. “So when Chris approached me, and said that he wanted to retell the story of The Nutcracker, there were elements of the traditional Nutcracker that he felt very strongly, and I fully agreed, that the audience would be really sad if we lost. But we also don’t want to be afraid of trying new things just because people are used to a tradition. So one of the challenges was finding the line where we can do something new that the audience will embrace, and what we want to keep that can fit into the story that we’re telling.”

​Acclaimed puppeteer Basil Twist explains that his approach to setting the “stage,” if you will, for this new vision, also called for a kind of balance, but one that includes a de-emphasis on high-tech wizardry.  “It’s more a kind of low-tech stagecraft for magic and illusion,” Twist told me. “I’ll work with projections, with the lights, costumes and props, and I get to work in the rehearsal room with the dancers. The Nutcracker was of course a really powerful childhood experience for stagecraft, seeing the tree grow, etc. so it should still have that magic in it.”

​The full creative team for the new production includes legendary choreographer Christopher Wheeldon, scenic and costume designer Julian Crouch, author Brian Selznick, puppeteer Basil Twist, lighting designer Natasha Katz, projection designer Ben Pearcy, associate scenic designer, Frank McCullough, and assistant choreographer Jacquelin Barrett. Wheater finishes the interview pointing toward the Joffrey’s new leadership as the impetus for what will amount to a genuine treat for those who have come to adore the holiday tradition here in the Windy City. “For the Joffrey at 60 years, with 20 years in Chicago, and having the leadership with Greg Cameron has allowed us to look at the company and take a really big step forward,” Wheater said. “I think Chicago is home for us. I think (the new Nutcracker) will really be a wonderful gift for the city.”