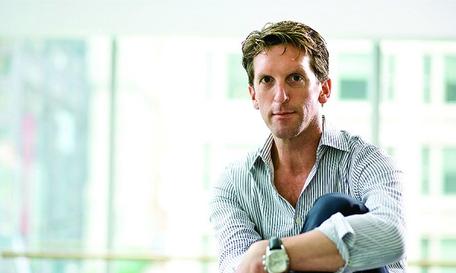 The Joffrey Ballet has been awarded a $5 million endowment gift from the Paul Galvin Memorial Foundation Trust in honor of Mary B. Galvin, a long-time supporter and Board Director of the Joffrey. The gift will establish The Mary B. Galvin Artistic Director position and will be distributed in two installments of $2.5 million over the next two years. Effective immediately, Ashley Wheater will assume the title of The Mary B. Galvin Artistic Director, the company said in a statement. The Galvin Foundation gift is the largest single endowment gift in Joffrey history, and the first to name a position at the Joffrey.

“Mary and her family’s dedication to the Joffrey has been remarkable,” said Wheater. “Over many years, their foundation has provided the financial support for opportunities that otherwise would never have happened. Words can hardly express how grateful we are to the Galvins for their generosity and loving spirit. For me personally, this is a truly humbling moment and one that I will cherish.”

“This is a rare type of endowment for a major dance company,” added Joffrey Board Chair Zachary Lazar. “Like all of us, the Galvin family believes in Ashley and the future of the Joffrey. I know they would prefer that the attention be focused elsewhere, but this is an opportunity to acknowledge their commitment to the performing arts, along with Mary’s place in history as one of Chicago’s great arts patrons. Mary knew long ago that the Joffrey was special. She worked tirelessly to make sure that everyone else knew it too.”

Mary B. Galvin has played a vital role in shaping the Joffrey since its arrival in Chicago more than 20 years ago. As a founding board member, Galvin was instrumental in carving a philanthropic niche to establish the Joffrey as Chicago’s resident ballet company.

“There were considerable obstacles when the founding board first discussed bringing the Joffrey to Chicago,” said longtime Board Director Bruce Sagan. “Mary was among the first to make a significant personal and financial commitment. Her determination was unwavering even then. There might not be a Joffrey today if not for her example.”

​Together with her peers, Galvin oversaw and contributed to several of the Joffrey’s foundational milestones that established the company as one of the world’s premier cultural organizations, including the construction of Joffrey Tower in the heart of downtown Chicago, the creation of the Joffrey Academy of Dance, the Rudolf Nureyev Fund at The Joffrey Ballet (the Joffrey’s first permanent endowment), retiring organizational debt, and the commissioning of Christopher Wheeldon’s blockbuster adaptation of The Nutcracker, set in Chicago. Galvin was also partly responsible for recruiting Wheater and executive director Greg Cameron to join the Joffrey.

​Galvin’s consistent annual support has allowed the Joffrey to thrive. For over a decade, the Paul Galvin Memorial Foundation Trust has registered as one of the Joffrey’s top five general operating gifts annually—an extraordinary financial commitment.