For the first time as a Company, The Joffrey Ballet will make its Paris debut at the invitation of Les Étés de la Danse (“The Summer of Dance”), a highly-anticipated annual festival that welcomes the world’s most prominent dance companies, artists and choreographers to Europe each summer for a month of performances.

This year, the festival will present "Hommage à Jérôme Robbins" (Tribute to Jerome Robbins), a program honoring the 100th anniversary of Jerome Robbins’ birth. Performances for the Joffrey engagement take place June 25-27, when the company will present two works choreographed by Robbins as part of a shared bill with New York City Ballet. They include: Interplay (first performed by the Joffrey in 2013) and Glass Pieces (which made its Chicago debut during the company’s Modern Masters winter program in February). Other participating companies scheduled to perform during the festival include Miami City Ballet and Pacific Northwest Ballet.

​“We are honored to join our peers for such an important occasion celebrating the life of Jerome Robbins, a pioneer in the field of dance,” said Joffrey artistic director Ashley Wheater. “This is also an important moment for the Joffrey, as we continue to broaden the company’s national and international profile. There is perhaps no better place to do so than Paris, considered by many to be the birthplace of classical ballet. We are grateful to this year’s festival committee for their generous invitation.”Founded in 2005, Les Étés de la Danse has established itself as the premier choreographic event of the Parisian summer. Summer performances are rare in Paris, but audiences are not: tourists come from near and far, as do Parisians who enjoy long summer evenings in the city. Each year, Les Étés de la Danse invites extraordinary artists to Paris, where a growing number of spectators discover exciting performers from around the world. 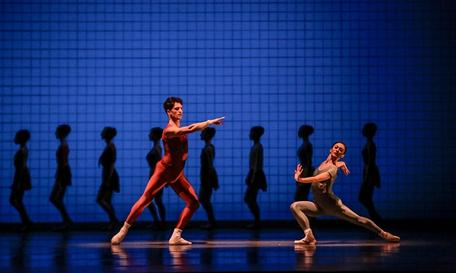