The Joffrey Ballet president and CEO Greg Cameron and Board Chair Anne Kaplan have announced that Ashley Wheater, The Mary B. Galvin Artistic Director of The Joffrey Ballet, has been appointed a Member of the Most Excellent Order of the British Empire (MBE) by Her Majesty Queen Elizabeth II. Wheater’s designation, among those announced today on The Queen’s New Year Honours 2020 list, has been recognized for his exceptional service to the U.K. in the field of performing arts.

The Most Excellent Order of the British Empire is one of several Royal honor that was established in 1917 by King George V to reward outstanding contribution to the war effort. This Order now awards people from a wide range of areas. Honors are given on the advice of the Cabinet Office, whose recommendations go to the Prime Minister and then to The Queen, who awards the honor. It is administered to promote the U.K.’s interests overseas, supporting its citizens and businesses around the world. The honor are announced twice a year—at New Year and in June on the date of The Queen’s official birthday—in The Gazette, official newspaper of the Crown. The Central Chancery of the Orders of Knighthood at St. James's Palace arranges investitures for the recipients to be presented with their medals by The Queen or other members of the Royal Family.

“It is a huge privilege to receive this award. My professional life as an artist and as a person was shaped by the teachers, people and values of my home country, the place where I was first introduced to ballet and where I learned the uplifting power of the arts,” said Wheater. “To be recognized in this way is one of the most humbling moments of my life and one that I will cherish forever.”

British Acting Consul General Maria Rennie sent her warmest congratulations to Wheater, commenting: “All of us at the British Consulate are delighted to see Ashley recognized in this way. For his tireless dedication to the performing arts, Ashley thoroughly deserves this honor. His work is a source of pride for both the United Kingdom and the City of Chicago.”

“Since taking over The Joffrey Ballet in 2007, Ashley has positioned the company as one of the world’s foremost creative and civic leaders. He has provided countless opportunities for many of the U.K.’s most established and rising international dance stars, thousands of young people in and around Chicago, and pushed the boundaries of the art form. He has done so while representing his home country in superb fashion. We are so proud and fortunate to have Ashley here in Chicago and at the Joffrey,” added Cameron.

​Wheater joins other acclaimed talents in the dance world who have received Order of the British Empire designations, including Sir Matthew Bourne (2001) and Christopher Wheeldon (2016).

A U.K. native, Wheater has dedicated his life to the art of dance. He graduated from the Royal Ballet School in England as a young student and later joined the London Festival Ballet, where he worked closely with Rudolf Nureyev. In 1982, Wheater joined the Australian Ballet as a principal dancer before moving to the U.S. in 1985 at the invitation of Gerald Arpino, a co-founder of the Joffrey. Four years later, he became a principal dancer with the San Francisco Ballet, and was later appointed assistant to the artistic director after his retirement in 1997. His next chapter would usher in a new era in Chicago and at the Joffrey. In 2007, he returned to the Joffrey as artistic director—only the third artistic director in the company’s 63-year history—and turned it into one of the foremost arts organizations in the world. In little over a decade, Wheater has expanded the company repertoire, increased the company roster and turned the Joffrey Academy of Dance into a world-class educational institution.

​For more information on The Joffrey Ballet and its programs, visit joffrey.org.

The Mary B. Galvin Artistic Director of the Joffrey Ballet, Ashley Wheater (photo by Todd Rosenberg). 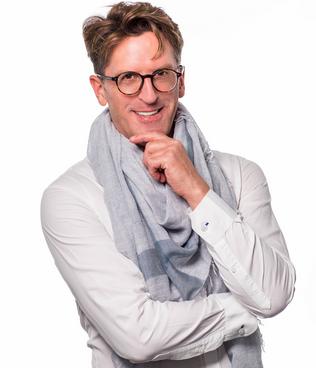