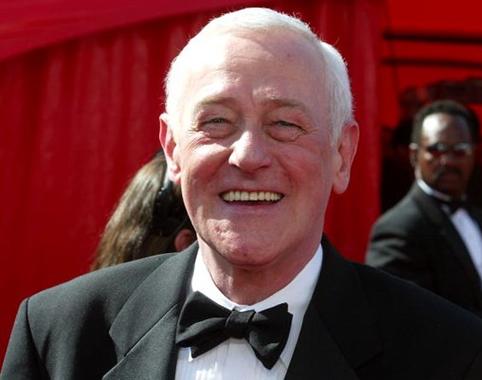 On Sunday, February 4, the Chicago theater community lost another bright light in the radiant life of renowned stage and screen luminary John Mahoney. Steppenwolf Theatre ensemble member of 39 years, Mahoney died at the age of 77 of complications from cancer, while in hospice care.

He left with a sterling body of work and a throng of admirers that will indelibly be impacted by his talent, wit and friendship.

Mahoney hailed from Manchester, England, coming to the US (by way of Illinois) at the age of 19. He came to the theater “late” in life at the age of 40 and, at the urging of Steppenwolf ensemble member John Malkovich, joined the theater company as an ensemble member. He went on to earn a Tony for Best Featured Actor in a Play for his performance in John Guare’s American Playhouse: The House of Blues Leaves (1987).

Upon learning of the actor’s death, Steppenwolf released a statement noting: “John was a beloved member of our Steppenwolf family who was known for his extraordinary kindness, generosity of spirit and quick smile. He performed in more than 30 Steppenwolf productions—from his breakthrough role in Orphans in 1985 to most recently in The Rembrandt this past September. John’s impact on this institution, on Chicago theatre, and the world of arts and entertainment is great and will endure.”

Mahoney will long be remembered for his iconic portrayal of Martin Crane, the beloved, yet testy father of Kelsey Grammer’s title character of the hit comedy series, Frasier. His film career spanned nearly 30 years and included 1986’s The Manhattan Project, 1994’s Reality Bites and 1995’s The American President.

But he loved his life in the theater, adored his home community of Oak Park, IL and the theater community here in Chicago. It was the pace of the industry he enjoyed.  He said in a 2011 interview with Clef Notes that “in LA or in New York everyone is worried about their next job.  It’s not what they’re doing now that concerns them, it's what are they going to do when this (current role) ends.  You really don’t see this much in Chicago, people seem very content with what they are doing.”

John Mahoney will be remembered tenderly by the Chicago arts community and by fans around the globe for decades to come.