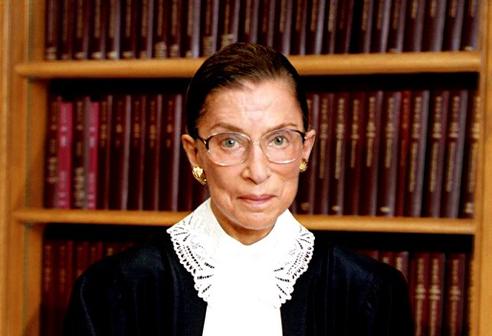 US Supreme Court Justice Ruth Bader Ginsburg will speak in conversation with Judge Ann Claire Williams on Monday, September 11. This event is a one-night-only chance to hear Justice Ginsburg, who has served on the nation’s highest court since 1993, discuss her life and career at the historic Auditorium Theatre.

“We are so honored to host Justice Ginsburg at our National Historic Landmark,” says Tania Castroverde Moskalenko, Auditorium Theatre CEO. “This event is an incredible opportunity to hear the longtime Supreme Court justice speak about her fascinating life and experiences.”

Justice Ginsburg was named one of Time magazine’s 100 Most Influential People in 2015 and is the best-selling author of My Own Words (2016). She co-founded the Women’s Rights Project of the American Civil Liberties Union, served as the ACLU’s General Counsel, and sat on the organization’s National Board of Directors until her appointment to the US Court of Appeals in 1980. She was also a member of the Board and Executive Committee of the American Bar Foundation from 1979-1989.

Judge Ann Claire Williams serves on the United States Court of Appeals for the Seventh Circuit. She co-founded the Minority Legal Education Resources Initiative in 1977, which has helped over 4,000 lawyers pass the Illinois bar exam since its inception. Judge Williams currently serves as a commissioner on the American Bar Association’s Diversity & Inclusion 360 Commission.

​This special event kicks off Roosevelt University’s 2017 American Dream Reconsidered conference, which this year focuses specifically on Law, Social Justice, and the American Dream.For more information about the event or other Auditorium Theatre programming or theatre tours, call 312.341.2310 or visit AuditoriumTheatre.org.