Mayor Rahm Emanuel and the Chicago Department of Cultural Affairs and Special Events (DCASE) have announced that internationally renowned artist and MacArthur Fellow Kerry James Marshall will create an epic, large-scale mural for the Chicago Cultural Center (78 E. Washington St.), honoring 20 women who have shaped the city’s vibrant arts and culture landscape. The 132-foot by 100-foot mural will be the largest artwork he has ever designed or created. Work is scheduled to begin today, September 21, and will continue throughout October to coincide with the month-long Public Art Festival—during Chicago’s Year of Public Art.

“Chicago is recognized across the country and around the world as an epicenter of innovative art, architecture and design,” said Mayor Rahm Emanuel. “Kerry James Marshall’s new mural on the iconic Chicago Cultural Center will be a strong addition to Chicago’s public art portfolio and a fitting commemoration of Chicago’s Year of Public Art.”

The Chicago Cultural Center is the first and most comprehensive free large-municipal cultural venue in the county. Every year, the Chicago Cultural Center, presents hundreds of free international, national, regional and local artists, musicians and performers, providing a showcase where the public can enjoy and learn about the arts. It is currently home to the Chicago Architecture Biennial, which will run through January 7, 2018.

“When I was asked to design a mural for narrow Garland Court, it was immediately clear to me that the site had to be ‘opened up’ in some way,” said Kerry James Marshall. “My solution was a park-like view with a bright sun and stand of trees to bring light and green space to the location while at the same time honoring the mission of the building as the hub of artistic activity in Chicago. My idea was to make of the trees a kind of Forest Rushmore acknowledging the contribution of 20 women who’ve worked to shape the cultural landscape of the city, past and present.”

The mural is funded by Murals of Acceptance, whose goal is to bring art to all people in a free public setting. It will be installed on the building’s Garland Court façade, between Washington and Randolph Streets.

​“Kerry James Marshall is one of our nation’s most acclaimed and important artists—and this mural for “The People’s Palace” is a true gift to the people of Chicago,” said DCASE Commissioner Mark Kelly. “The City of Chicago was thrilled to celebrate Kerry at the Fifth Star Honors this summer – and two of the women represented in his mural are past Fifth Star honorees: Lois Weisberg and Sandra Cisneros.”

The design and vision created by Marshall will be executed by Chicago mural artist Jeff Zimmermann and his team from Jazim, Inc.

In addition to the work on Kerry James Marshall’s mural at the Chicago Cultural Center, the City of Chicago will present a month-long Public Art Festival throughout October featuring a series of neighborhood events highlighting the city’s public art collection located throughout the city. Programs will celebrate the completion of several new artworks as part of the 50x50 Neighborhood Arts Project, a citywide initiative that commissioned dozens of local artists to create new sculptures, murals and other public artworks in Chicago’s 50 wards,representing a $1.5 million investment in artist-led community projects. In June, the City of Chicago announced the selected local artists and the participating communities. Many of these works are in the early stages of production and will be dedicated during the festival.

​The month-long Public Art Festival in October will culminate with a Public Art Symposium on October 26 and 27 at the Chicago Cultural Center (78 East Washington St.). The symposium will convene artists, scholars, community organizers and public agents to explore the intersecting values of their work in public art. The symposium coincides with the release of Chicago’s first Public Art Plan, a set of recommendations that will help shape the future of public art in Chicago.

For more information about the Year of Public Art, visit cityofchicago.org/yopa. 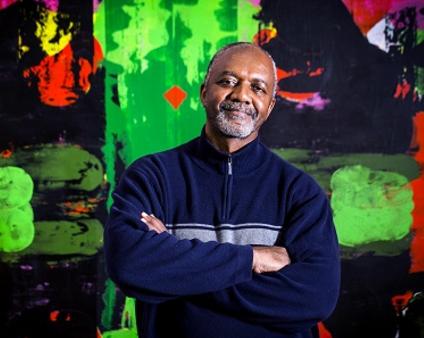