In a special one-night-only co-presentation honoring the 50th anniversary of the Civil Rights Act, South Africa’s 20th year free from Apartheid, and the late icon Nelson Mandela, Chicago Children’s Choir and the Harris Theater for Music and Dance will bring Dancing in the Street to the Harris Theater, 7:30 p.m. Thursday, May 15th. The joint-production welcomes Chicago-born jazz vocalist and Grammy Award winner Kurt Elling to the Harris stage for the first time, performing alongside members of the Chicago Children’s Choir during this tribute performance.

Dancing in the Street takes its name from one of the great Motown hits of the 1960s, performed by legendary trio Martha and Vandellas. Songwriter William “Mickey” Stevenson coined the song title after seeing people jubilantly cooling down under open fire hydrants in the streets of Detroit. Chicago Children’s Choir and the Harris Theater presentation with Elling serves as the centerpiece of the spring concert series from the Choir’s top-tier Voice of Chicago ensemble, “exploring the pain of inequality, the struggle for justice, and the joy of freedom, viewed through two lenses: the American Civil Rights Movement and the South African Anti-Apartheid Movement.”

“We honor two historic milestones and an international hero that forever changed the world,” said Harris Theater President and Managing Director Michael Tiknis. “We’re excited to partner with Chicago Children’s Choir, and to bring a homegrown talent like Kurt Elling to the Harris stage for a collaborative performance that is sure to inspire on many levels.”

The performance features over 100 singers ages 12-18 from Voice of Chicago, DiMension—a young male ensemble, and the Neighborhood Honors Choir, alongside Elling.   Tickets can be purchased at HarrisTheaterChicago.org or calling the Box Office at 312.334.7777.

Kurt Elling Headlining Dancing In The Street  at Harris Theater 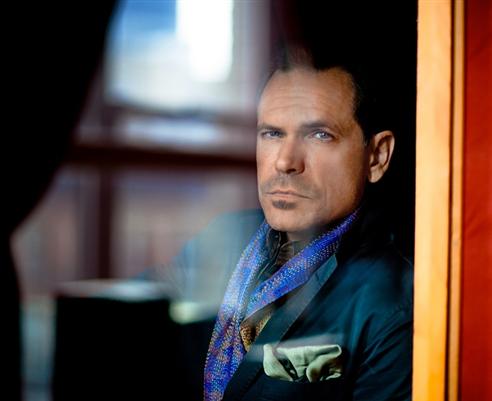