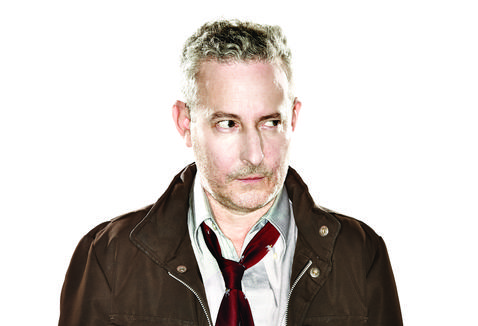 We literary folk have our own take on the classics. We assume a piece of literature earned its benchmark because it says something that has not been said before--or at least says the same old thing in a surprising way. Anton Chekov’s, Uncle Vanya is a good example. First written and produced in 1894, it has become a kind of template for realism in the theater that followed. He has had help, of course—Ibsen in Norway, Strindberg in Sweden, Shaw in Ireland, to some extent, O’Neill in America—but the style of Chekov’s plays, especially, seems to have left a particularly large and sometimes annoying footprint upon the drama of today.

One can see why. Chekov only produced six full-length plays, all of them considered classic; all of them with qualities we now take for granted: characters speaking prose, talking about trivial worries and suffering terrible inertia. They are upper class or close to it, whining quite a bit but usually pretty aware that they don’t have it all that bad. But that’s the text; the subtext is what your ticket pays for: how well the actors fleshing out these dreary lives portray the hidden stuff, so we might be able to figure that stuff out for ourselves in our own lives. After all, we know there are people less fortunate than ourselves, but why do so many of us feel so miserable all the time?

This was psychology as we now know it, but it was pretty new at the time. The idea that we say what we don’t mean became the concept of the subconscious in therapy; subtext for the literati. Using subtext, Chekov did a nice job depicting deplorably empty lives desperately clung to. Hence, his plays have found bottomless appeal. His world is just like ours and every new generation will likely find the connection, too.

This also leads to many who feel, like Shakespeare, that they are the one’s who truly get what Chekov was about and only they can truly tap his meaning for our times.

It’s also why we get so many bad parodies of Chekov. We can see why he would get parodied. His characters are whiney, well-to-do and can be more than a little annoying; it’s just too tempting to make light of these folks and the melodramas they create. Thus, either directly or indirectly, Chekov has been parodied a fair amount of times in the past century’s worth of years.

A recent admission into the parody pantheon of Chekov is the play Life Sucks by Aaron Posner. Subtitled, “The Present Ridiculous,” it clearly aims for the jugular. A new production will kick off Lookingglass Theatres 2016-2017 season on September 9. The production is directed by Lookingglass ensemble member Andy White.

​Life Sucks pokes fun at Chekov’s, Uncle Vanya and with good reason: these characters seem especially plagued by ennui. Posner sometimes takes the easy way out; when one character begins to espouse upon a typical Chekovian abstract emergency with the question, “Do you think love lasts forever?,” the Posner character who deigns to speak for us responds, “Oh, man, really?” Lookingglass patrons get to hear the inflection, but the written text shows Posner’s affection for italics as a devise to spit the deadpan out immediately; he draws heavy attention to the obviously affected melancholy of all these characters. Melancholy is, after all, funny, and can be annoying. And these people really do take themselves too seriously.

​But you can take it too far. After all, melancholy is real and Chekov was making a valid point about how we stifle our own happiness. So doesn’t too much parody get in the way of the meaning? When asked about balancing parody with the deeper subtext, White responds by rejecting the label altogether. “I don't think of this as a parody of Chekhov at all," he told me. "It's not quite an homage either, but more simply a contemporary version of his characters in a contemporary world. And I think Chekhov had a deep and warm sense of humor about his characters, too—the way he does about all of us.”

But doesn’t Posner’s script, by giving us a smile and a wink throughout, clearly have mockery as its main objective? White doesn’t seem to feel that way. At least he doesn’t believe that Posner intends any insult towards Chekov’s characters. “Both Chekhov and Posner are laughing at the human condition, our relentless absurdity, our continual longings for what we can't have, our grappling with our ridiculousness. The characters in the play have, occasionally, an awareness of this and laugh and weep at their foolishness. You know, the way we all do (or should).”

White wasn't actually slated to direct this Lookingglass production; Posner was. But Posner, highly in demand as a stage director took a gig elsewhere, confident he was leaving it in good hands with White, a friend for over 30 years.  “Since I was sort of the conduit through which the script came to Lookingglass, it made sense for me to take up the gauntlet,” White explained.

Finally, we have to consider the fact that both the deep introspection and the shtick can share the same stage space at the same moment, as it often does in, Life Sucks. This is, perhaps, part of the play’s appeal. One scene, entitled “3 Things I Love” consists of exactly that: all of the characters break the fourth wall en masse, challenging the audience to construct such a list. The characters can, and they give examples: bad ice cream, old barns, ancient churches, Audrey Hepburn, random acts of kindness, kittens, etc. Then, just as suddenly, this breach ends, and the characters go right back into the play, making the following scene all the more moving for this unexplained break in action.

​And it works. As White concludes, “I think this will be a great intersection where Aaron's great play meets Lookingglass' beautiful theatrical language. We always bring a level of spectacle to our productions, and this will be no exception—I don't mean that there will be trapeze acts or crazy acrobatics, just that it will have resonance that is both very specific to the circumstances of the play and opens up beyond it. I think this will feel very much like a Lookingglass production of this play—in the best way possible.” And, well, that’s saying loads.

Lookingglass Theatre's latest production, Life Sucks, straddles the taught line between parody and introspection as it tugs at Anton Chekov's characters and the realism that became his signature.