Chicago’s Lucky Plush Productions will be making an auspicious return to Steppenwolf’s exciting LookOut series this fall for a three-week run of The Better Half.

One of the company’s most acclaimed works, The Better Half is a lively spin on the noir classic, Gaslight, that playfully captures the claustrophobia, escapist tendencies and resilience in domestic relationships, in a dance theater language full of surprising turns and contemporary resonance. The 2011 premiere was the first collaboration between now frequent creative collaborators Julia Rhoads, Lucky Plush founder and artistic director, and Leslie Danzig, formerly of 500 Clown.

Last year at this time, Lucky Plush premiered Rooming House in the company’s inaugural outing as part of Steppenwolf’s LookOut series, and went on to sell out its entire three-week run. Next, Rooming House will go on tour in the spring, culminating with the company’s Kennedy Center debut, May 2-4, 2019, as part of the Kennedy Center’s 2018-19 Ballet and Contemporary Dance Series.

The Better Half premiered in 2011, was included in Chicago Public Radio’s (WBEZ) Top 5 of "2011's Funniest Shows." The work was described as “improvisational, funny...[with a] powerful climax” by the Chicago Tribune. The Boston Globe wrote “delicious humor and a dark, poignant undercurrent…both charming and memorably provocative."

Notably, twice during the run of The Better Half – on Saturday, November 10 and 17 at 5 p.m. – Lucky Plush will also present two work-in-progress showings of Rink Life, the company’s next world premiere, and recent recipient of a prestigious National Theater Project Award.

Rink Life is a unique dance theater piece that nods to the visual aesthetics and social dynamics of 1970’s roller rink culture. Both performances will be followed by a post-show discussion, giving audience members a unique peek into the developmental process. Tickets to Rink Life are $25. Or, you may opt to take advantage of a discounted $60 ticket to a Saturday double feature of Rink Life at 5 p.m. and The Better Half at 8 p.m.

Lucky Plush Productions at the 1700 Theatre is presented as part of LookOut, Steppenwolf’s performance series that presents the work of artists and companies across genre and form, emerging artists and performance legends, quintessential Chicago companies and young aspiring ensembles, familiar Steppenwolf faces and new friends.

Performances of The Better Life are November 2-17 at Steppenwolf’s 1700 Theatre, an 80-seat cabaret-style space connected to Steppenwolf’s own Front Bar: Coffee and Drinks, 1700 N. Halsted St., Chicago. Show times are Thursdays, Fridays and Saturdays at 8 p.m. Press opening is Saturday, November 3 at 8 p.m. Industry nights are Monday, November 5 and 12 at 7:30 p.m.

​For tickets to Steppenwolf’s LookOut Series or for more information, visit Steppenwolf.org or call (312) 335-1650. 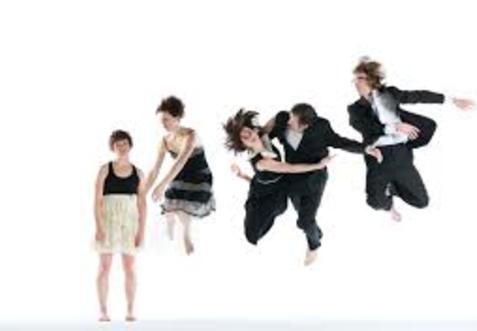