The new opera Bel Canto, by composer Jimmy López, with libretto by Pulitzer Prize-winning playwright Nilo Cruz, is based on the best-selling novel by Ann Patchett. Sir Andrew Davis  is conductor and Kevin Newbury is stage director for the new production. Curated by Renée Fleming, Lyric’s creative consultant, Bel Canto is the seventh world-premiere opera that Lyric has commissioned for its mainstage since 1961. It will enjoy a lavish opening in December 2015, as part of Lyric’s 2015-16 season.

“It was thrilling to spend time with Jimmy López, Nilo Cruz, Kevin Newbury, and Sir Andrew Davis, going through Bel Canto and hearing the parts of the piece that have already been written,” says Anthony Freud, Lyric’s general director. “The premiere is still 18 months away and there is still a great deal of work to be done, but it is already clear that Jimmy's haunting, moving, and compelling music and Nilo's beautiful, poetic and gripping libretto will result in a thrillingly operatic reinvention of Ann Patchett's brilliant novel.”

The singers navigated several languages during the workshop, including English, Spanish, Japanese, German, French, Russian, and Quechua. For the workshop, Ryan Opera Center members, including Hlengiwe Mkhwanazi, J’nai Bridges, Jonathan Johnson and Bradley Smoak sang multiple roles. In the actual performances, all roles will be individually cast with a full chorus.  Central to the story is the fictional famed American soprano Roxane Coss, who will be portrayed by Australian-born American soprano Danielle de Niese. 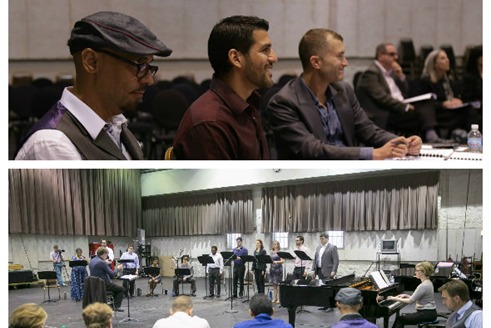