Billy Zane, star of James Cameron’s international blockbuster, Titanic, and critically acclaimed for his portrayal of Billy Flynn in Broadway’s Chicago, has been cast as Captain von Trapp, completing principal casting for Lyric Opera of Chicago’s new production of The Sound of Music, April 25-May 18, 2014.

A native of Chicago and graduate of Francis W. Parker School, Zane is best known for his achievements as an actor in more than 100 films. It was his role as Caledon Hockley in the 1997 blockbuster film Titanic that brought him his highest distinction, garnering him a Blockbuster Movie Award as Best Supporting Actor.

Among his other best-known credits are Memphis Belle, Dead Calm, Tombstone and Twin Peaks. He also has a myriad of credits as an actor in television, producing independent films, and (beyond acting) painting. Zane has most recently seen extraordinary success with his solo exhibition, Seize The Day Bed, in Los Angeles and in London during the city’s globally regarded Art Fair; and his Art Basel debut in Miami with his Nowness exhibition. Summer 2014 will see his new solo exhibition at the iconic Academia of Art in Monaco.

“We are pleased that the iconic role of Captain von Trapp will be played by Billy Zane, an internationally renowned star who will bring his talents and charisma to the Lyric stage. He is the ideal leading man to join our remarkable cast,” noted Anthony Freud, Lyric’s general director.

This new production will be conducted by Rob Fisher, directed by Marc Bruni and choreographed by Denis Jones. The set  is designed by Michael Yeargan with lighting by Duane Schuler and costumes by Alejo Vietti, all making their Lyric debut. Michael Black is chorus master.

In addition to a stellar cast, 37 members of the Lyric Opera Orchestra will perform with a 25-member choral ensemble. This company premiere is the second work in Lyric’s American Musical Theater Initiative, which launched last season with a new production of Rodgers and Hammerstein’s Oklahoma.

The Sound of Music is set to open Saturday, April 26 at Chicago’s Civic Opera House, 20 N. Wacker Drive, and continues through Sunday, May 18. For more  information or for tickets, visit lyricopera.org/soundofmusic or call 312-827-5600.

Chicagoans will get a treat this spring when screen actor Billy Zane heads up the cast of Lyric Opera's production of The Sound of Music (photo by C. Azabra). 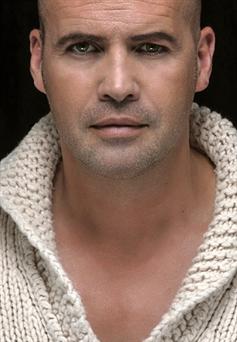