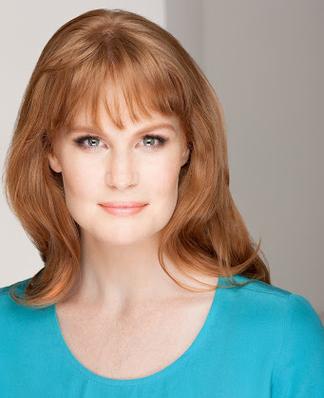 Chicago native and Broadway star Kate Baldwin to star with Paolo Montalban in Lyric Opera's 2016 production The King and I (photo courtesy of Lyric Opera of Chicago).

Lyric Opera of Chicago will have the talents of Tony Award-nominated Kate Baldwin and Paolo Montalban on-hand when they star as Anna Leonowens and the King of Siam in Lyric’s grand-scale production of Rodgers and Hammerstein’s The King and I. A graduate of Northwestern University, Baldwin last appeared onstage in Chicago in the Broadway-bound musical Big Fish. Montalban has been seen in Broadway productions of Pacific Overtures and The King and I, and is best known for starring as the Prince in ABC's telefilm of Rodgers and Hammerstein’s Cinderella, alongside Brandy and Whitney Houston.

“All of us at Lyric are incredibly excited about this season’s production of The King and I, and that anticipation is greatly heightened with the casting of leads Kate Baldwin and Paolo Montalban,” says Lyric’s general director, Anthony Freud. “As part of Lyric’s American Musical Initiative, each season brings the opportunity to present an important work in this canon in the way that only a company with our technical, artistic and production strengths can,” Freud continues, “and the power of our cast and creative team will make Lyric’s The King and I an extraordinary experience for audiences.”

The King and I is the fourth Rodgers and Hammerstein musical to be presented as part of Lyric’s American Musical Initiative. Lee Blakeley, who staged the production’s 2014 premiere at Théâtre du Châtelet in Paris, helms the Lyric presentation with an all new cast, teaming up with veteran Broadway conductor David Chase, who conducted Lyric’s acclaimed Carousel last season. The creative team also includes choreographer Peggy Hickey, scenic designer Jean-Marc Puissant and costume designer Sue Blane.

The production runs runs April 29 through May 22 at the Civic Opera House, 20 N. Wacker Drive, Chicago. For more information or for tickets, visit lyricopera.org/king or call 312-827-5600.