The Dance Center program features Indomitable Waltz, a new work by one of the world’s most in-demand choreographers, Aszure Barton. As Rebecca Gross observed for NEA Arts Magazine, “Watching the choreography of Aszure Barton is like watching the physical unfurling of the human psyche.” Malpaso performed the world premiere of Indomitable Waltz in Havana in September 2016.

Also on the upcoming program is 24 hours and a dog, a work by artistic director Osnel Delgado, created collaboratively with Malpaso’s dancers. The work demonstrates the language of thematic and physical abstractions that the company has created to reflect the tempo of the dancers’ pedestrian experience in Havana. A dog, an invisible yet omnipresent character, visits the stage with the dancers as an allegory of a fickle and unpredictable city life. The company developed the piece in 2014 as a response to the theatricality and evocative power of Grammy Award-winning Cuban-American jazz composer Arturo O’Farrill, who wrote and recorded an original overture for the piece of the same name.

Malpaso (translation: bad step) is a passionate contemporary dance ensemble that embodies the rich culture of Havana. Under the leadership Delgado, choreographer and artistic direction, the company works to bring Cuban contemporary dance into the 21st century by collaborating with top international choreographers, such as Ronald K. Brown and Trey McIntyre. The company also invests considerable resources in nurturing new voices in Cuban choreography. Malpaso made its U.S. debut in 2014 at the Joyce Theater in New York. Malpaso is an Associate Company of Joyce Theater Productions.

There will be a post performance conversation with the artists Thursday, March 9 in the Dance Center theater and a pre performance talk Friday, March 10 at 6:30 p.m. at Sherwood Community Music School Recital Hall, 1312 S. Michigan Ave. (next door to the Dance Center), both free to ticket holders. Additional residency activities with community partners and Columbia College Chicago students take place throughout the week leading up to the performance weekend.

Performances are March 9–11 at the Dance Center, 1306 S. Michigan Ave., Chicago. For information and tickets, call 312-369-8330 and or visit colum.edu/dancecenterpresents. 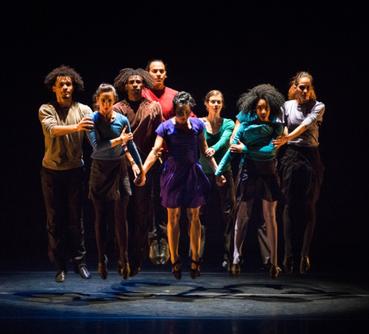