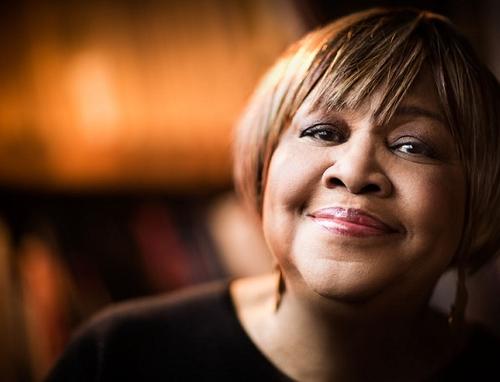 Chicago’s 93XRT will present the legendary R&B and gospel great, Mavis Staples, at Symphony Center at 8:00 p.m. on Friday, February 17. Staples, a Chicago native and Grammy Award-winner, is renowned for her extensive and as a civil rights activist. Adding to the numerous awards received during her six-decade career, Staples was among recipients of the Kennedy Center Honors by President Obama in December 2016. Staples has collaborated with a wide range of artists from Bob Dylan to Wilco’s Jeff Tweedy, and her songs have reached No. 1 on the Billboard Hot 100 Singles Chart. Opening the evening is Asheville, North Carolina-based American musician Phil Cook and his band The Guitarheels performing selections from Cook’s debut solo album Southland Mission along with songs from the American songbook.

Staples’ Symphony Center performance includes selections from her critically-acclaimed February 2016 release Livin’ On A High Note, featuring new, original material written for her by Neko Case, Nick Cave, Ben Harper, Tune-Yards, Bon Iver, among others. Staples began her career in 1954 at age 13 when she joined her brother and sisters as The Staple Singers. She continued with a solo career, recording numerous hits including I’ll Take You There and Freedom Highway as well as giving voice to the songs of the Civil Rights era.

Staples has always embraced her musical evolution, absorbing new sounds and ideas, rising to meet the challenges of longevity and promulgating a distinct message of hope to listeners. She was recently profiled in the HBO documentary Mavis!.