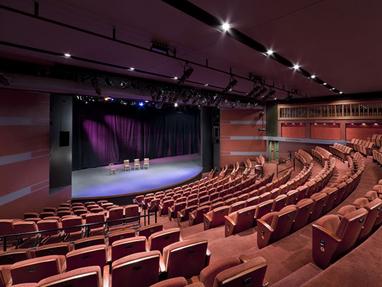 Chicago Mayor Lori E. Lightfoot and the Department of Cultural Affairs and Special Events (DCASE) recently announced more than $835,750 in financial grants to 116 theater and dance artists, nonprofit theaters and other community organizations as part of the 2019 Year of Chicago Theatre – with a special focus on organizations located on the South, Southwest and West Sides. In addition to these cultural program grants, DCASE will also provide more than $448,650 to 157 theaters, theater-makers and dance-makers to cover artist performance fees and commissions, so these organizations can maintain their free public programs.

“Theater has the power to bring people together, influence the way that we think and feel, encourages personal reflection, and fosters creativity and expression – all while making our lives better,” said Mayor Lori Lightfoot. “Our performing arts organizations are integral to the fabric of Chicago and help to define its world-class status. It is only right that we support those organizations that add so much value and culture to Chicago.”

DCASE grants, performance fees, and commissions are made possible by the City’s annual budget and through the generous support of Chicago’s philanthropic and business leaders.

“To truly fall in love with Chicago, you must go to our theaters. This is where the city bares its fearless soul,” said DCASE Commissioner Mark Kelly. “From Broadway musicals or storefront plays and improv, the energy of the city comes alive in our theatres. And with a diverse collection of more than 250 dynamic theatres throughout our neighborhoods, there’s always a seat waiting for you.”

Financial grants awarded through the DCASE Cultural Grants Program cover a sprawling array of support areas for its recipients. The Year of Chicago Theatre Sector-building Grants ($319,750 in awards supporting 17 organizations via the 2019 CityArts Project Grants) are meant to incentivize creativity related to city-wide initiatives on a large scale and to further the program priorities of innovation, community engagement, diversity, equity and collaboration. The Year of Chicago Theatre Micro-grants ($50,000 in awards supporting 13 organizations) support projects that increase diversity and access in Chicago’s theater sector, with a focus on Chicago’s South and West sides. The CityArts Program Grants ($400,000 in awards supporting 64 theater, dance and performing arts organizations) seek to encourage nonprofit organizations to attain artistic excellence and financial stability by making general operating grants to Chicago-based, arts and culture-focused organizations of all sizes. DCASE gen-op funding has increased by 36% over the past two years. Finally, Individual Artists Program Grants ($66,000 in awards supporting 22 artists in theater, dance and performing arts) provides assistance to Chicago’s professional artists in creating work that elevates their careers and brings value to the City of Chicago.

​Examples of the organizations supported through performance fees and commissions include Barrel of Monkeys,  Chicago Dance Crash and Collaboraction Theatre Company and Emerald City Theatre.

The first half of 2019 has been a busy one for DCASE and the League of Chicago Theatres, including the launch of a new theater asset mapping project aimed at bolstering theater on the South, Southwest and West Sides. Other initiatives include a major advertising campaign and global media events with Choose Chicago, and theater-themed cultural programming at Millennium Park (including the Film Series programmed in collaboration with theaters), the Chicago Cultural Center, and the Chicago Riverwalk (including Art on theMART and lantern processions). DCASE and the League of Chicago Theatres have also partnered with the Chicago Park District for “Night Out in the Park” for more than 200 free performances from 40 theatres in all 77 of Chicago’s community areas. Over 100 arts industry volunteers serving on committees to advance this important initiative.

​For more information about the Year of Chicago Theatre, visit ChicagoPlays.com.