MCA Stage is gearing up for a dynamic presentation of art in music with Bowie Changes, a concert series held in conjunction with the exhibition David Bowie Is. The series features Chicago musicians re-creating and re-inventing songs by the rock icon. On November 15, Bobby Conn channels Bowie's Thin White Duke persona, playing Station to Station. The following week on November 21, Jon Langford and Sally Timms, collaborators in the post-punk band The Mekons and other projects, perform a selection of Bowie love songs. Finally, the indie-rock band Disappears reinterprets the studio album Low on November 22, bringing to light Bowie's first collaboration with Brian Eno. Bowie Changes not only showcases David Bowie's musical evolution, but also celebrates his legacy and ongoing influence on contemporary music.

Mixing glam rock and funk, Bobby Conn will bring his dynamic and innovative theatrical style in his tribute concert to the classic Bowie album Station to Station. This album was recorded in 1976 after Bowie completed the film The Man Who Fell to Earth, and was the platform for his character The Thin White Duke. Conn, who’s composed and released eight pop-rock albums, all of which he sees as social critique, is known for his eclectic personas as well as his outlandish live performances that blur the boundaries between music and performance art.

Jon Langford and Sally Timms are leading voices in Chicago's alternative country music scene and collaborators in the British punk-rock band The Mekons. For Bowie Changes, the Chicago-based duo will pay tribute to David Bowie's love songs. The Mekons formed in 1977 by a group of University of Leeds students—including Langford, with Timms joining the group in the mid-1980s— and are no strangers to the MCA Stage series.

Disappears will conclude the Bowie Changes series with their tribute to the album Low, widely regarded as one of Bowie's most influential releases and the first in a series of collaborations with Brian Eno. Disappears is a Chicago-based rock band known for their minimalist guitar drones and heavy drum bass. Founded by Brian Case and Graeme Gibson, the band made its 2009 debut at Pitchfork Festival and released their album Lux in 2010 through Kranky records, generating an avid following.

Bowie Changes performances are presented in the Edlis Neeson Theater, 220 East Chicago Avenue. For more information about the upcoming series or for tickets, contact the MCA Box Office is at 312.397.4010 or visit www.mcachicago.org. 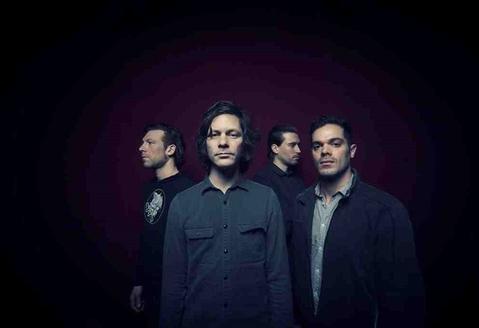