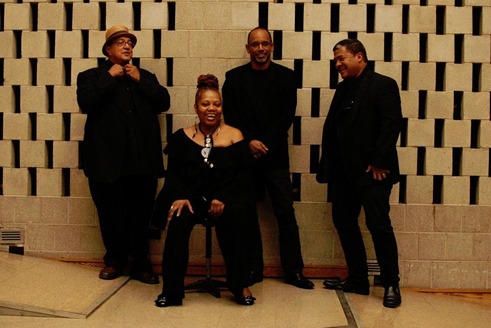 The acclaimed Dee Alexander Quartet is part of a stellar lineup of artists set for The MAC's new Lakeside series (photo by Jasmine Kwong).

The Lakeside Pavilion, a tiered patio area located immediately northeast of the MAC, was constructed as part of the MAC’s 14-month, $35 million renovation completed in December 2013.

“A concert or movie or theater event under the stars at the Lakeside Pavilion is just the ticket to help forget the rigors of this past winter, so we’ve created a series of events for this summer that will resonate with everyone and be something they will want to enjoy with family and friends,” said MAC director Diana Martinez.

The 2014 Starlight Concert Series begins Friday, July 18, with a concert by the internationally acclaimed Chicago-based Beatles tribute band American English. The Dee Alexander Quartet is joined by special guests Ari Brown (sax), Corey Wilkes (trumpet) and Scott Hesse (guitar) in a double bill, two set concert of gospel, blues, neo-soul, rhythm-and-blues and world music on July 25. The U.K.-based ABBA tribute band, “Abbamania” takes the stage Friday, August 1, and the Grammy nominated The Holmes Brothers brings an evening of blues/roots music to the Lakeside Pavilion Stage Friday, August 8, at 7:30 p.m. New Philharmonic, the professional resident symphony orchestra at the McAninch Arts Center under the direction of Kirk Muspratt, caps the series with a pops concert of movie and Broadway musical favorites on Friday, August 15. Admission is free and all concerts begin at 7:30 p.m.

For more information, about the summer series programming, visit AtTheMAC.org.