The Michael Merritt Awards and Endowment Fund honors the memory of the prolific designer and teacher whose name it bears. The national award, unique in its emphasis on excellence in both design and collaboration, has been presented annually since 1994 to outstanding professional theatrical designers. The Endowment Fund recognizes and encourages the work of young professionals and students through a national design exposition and prizes to promising theatrical design students.

From 5 to 7 p.m., the Merritt Theatre Design Exposition will showcase the works of Chicago-area emerging theatrical designers and graduating design students from Chicago's best theatrical design programs. The event will be attended by many of Chicago's artistic directors, production managers, and industry professionals, which offers powerful exposure for the emerging talent. The showcase will be followed by a Dialogue with the Designers featuring a panel discussion comprised of the award recipients exploring current issues of interest to theater professions and students.

Finally, the presentation of prizes for best student and professional exhibits, four academic prizes, and the marquee awards of the evening, including The Michael Merritt Award for Excellence in Design and Collaboration, will be presented. Food, wine, beer and fellowship will close the evening until 10 p.m.

For more details about the event or for tickets, visit http://merrittawards.com 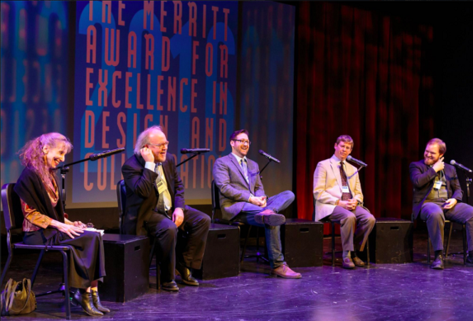