On Saturday, November 8, 2014 at Sunda New Asian restaurant in downtown Chicago, A Red Orchid Theatre’s (AROT) Board of Directors and Ensemble will celebrate the company’s 2014 Gala, commemorating 22 years of gritty ensemble-based theater in Chicago. The evening will be co-hosted by A Red Orchid Co-founder and Academy Award nominee Michael Shannon and Rockit Ranch Productions CEO Billy Dec.

The evening will begin with a VIP cocktail hour, dinner and silent auction at Rockit Ranch’s Michelin-recommended Sunda New Asian and continuing with an after party and live auction at The Underground, Rockit Ranch’s buzzing River North nightclub. The VIP Dinner will feature live performances from the company’s upcoming season, performed by members of the AROT Ensemble.

Each year A Red Orchid’s critically-acclaimed theatrical productions attract diverse audiences from across the country. With the funds raised through the event, AROT will advance its commitment to creating ensemble-based theater and fostering new theatrical works, both at home in Chicago and on the national stage.

Co-Host Michael Shannon, an Ensemble Member of A Red Orchid Theatre since 1993, currently plays the role of Agent Nelson Van Alden on HBO’s hit drama Boardwalk Empire.  Audiences will remember Shannon as the formidable General Zod in the 2013 Superman franchise reboot, Man of Steel. He was nominated for an Academy Award for his performance in Revolutionary Road. On the live stage Shannon originated the role of Peter in Tracy Letts' Bug, which had its Chicago Premiere at A Red Orchid before playing off-Broadway. Shannon also starred in the film adaptation of the play. In the fall of 2012 he performed in the Broadway production of Grace, a play written by fellow Red Orchid Ensemble Member Craig Wright, and recently appeared in AROT’s critically-acclaimed production of Sam Shepard’s Simpatico.

For more information about the upcoming gala call Red Orchid Theatre at (312) 943–8722 or visit www.aredorchidtheatre.org. 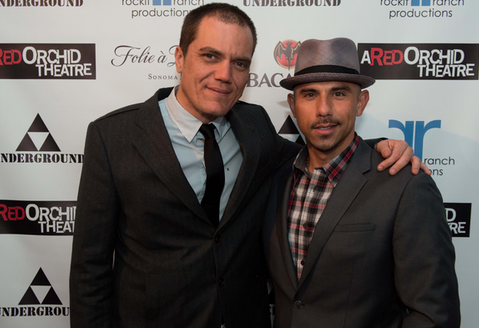