Esteemed conductor Michael Tilson Thomas will make his return to Symphony Center to lead the Chicago Symphony Orchestra (CSO) in a muscular program of works by Prokofiev, Stravinsky and  Saint-Saëns’ this December.

Opening the concert will be Stravinsky’s Scènes de Ballet, a lighthearted suite of dance movements composed in 1944 for the Broadway musical revue The Seven Lively Arts. The program will continue with Saint-Saëns’ Cello Concerto No. 1, which highlights the composer’s experimentation with the traditional concerto form.  Performed in one movement as opposed to the traditional three movements, Saint-Saëns’ included the concerto’s opening melodic material throughout this lyrically beautiful work that builds to a brilliant finale. As part of the CSO’s season-long celebration of Sergei Prokofiev’s 125th anniversary year, this program will also include a performance of Tilson Thomas’ own selections from Prokofiev’s complete ballet score for Romeo and Juliet. This suite highlights Prokofiev’s masterful treatment of dramatic material recognized the world over as one of the greatest love stories of all time.  In 1937, the Chicago Symphony Orchestra gave the U.S. Premiere of Prokofiev’s Suite No. 1 from Romeo and Juliet with the composer conducting.

Music director of the San Francisco Symphony, Michael Tilson Thomas is founder and artistic director of the New World Symphony, and principal guest conductor of the London Symphony Orchestra. A noted composer and educator (and multi-media producer), Tilson Thomas has won eleven Grammy Awards for his recordings, received the National Medal of Arts, and is a Chevalier dans l’ordre des Arts et des Lettres of France. This season he celebrates both his 20th anniversary as music director of the San Francisco Symphony and his 70th birthday with tours across the United States and Europe.

Acclaimed French cellist Gautier Capuçon has appeared with many of the world’s great orchestras including the Berlin Philharmonic, the Royal Concertgebouw, the London Symphony, the San Francisco Symphony, and the Sydney Symphony Orchestras. He is the recipient of several distinguished honors. His multitude of recordings of solo and chamber music include a 2016 release for Erato (Warner Classics) of Schubert’s lieder and String Quintet with Quatuor Ebène and baritone Matthias Georne. 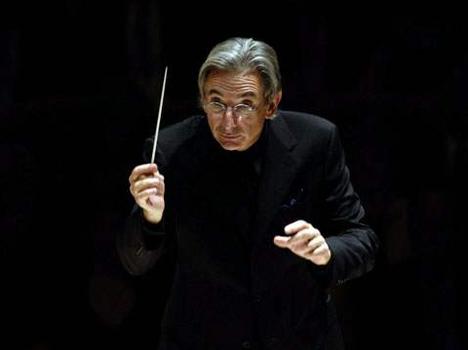